Happy 4th of July! Here’s seven famous companies the US gave to the world 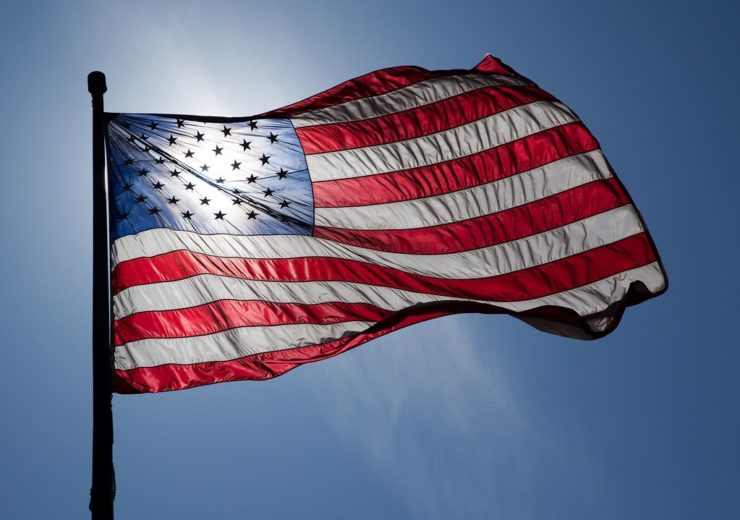 The USA gave us some of the world’s greatest fast food, coffee and smartphones, with a raft of products made by its most famous companies slowly becoming part of our everyday lives.

In 2019, it’s rare if an hour goes by without people checking their iPhones several times, coffees are a central pillar of many people’s morning routines, and almost everyone relies on Google search engines for their news feeds and more.

Without any doubt, our lives wouldn’t be the same if it wasn’t for all the countless businesses and inventions the US has contributed here and across the world.

To celebrate Independence Day, let’s take a moment to acknowledge and appreciate some of the major companies to have come out of “the land of the free” – on America’s 243rd anniversary of independence.

Famous companies in the USA

Costco Wholesale Corporation, known to many simply as Costco, is the second-largest retailer in the world after Walmart.

The Washington-based company opened its first wholesalers in Seattle in 1983, but had already launched seven years earlier as warehouse store pioneer Price Club in San Diego.

By March 2019, it had roughly 770 warehouses in more than 12 countries, including the US, Canada, Mexico and UK.

The brand now has more then 200,000 full and part-time employees worldwide.

The membership-only supermarket made it to number 18 on the 2015 Fortune 500.

The American coffee house chain opened its first branch in Seattle in 1971 after being set up by three business partners who met while they were students at the University of San Francisco – Jerry Baldwin, Zav Siegl and Gordon Bowker.

In 1987, they sold the Starbucks chain to former manager Howard Schultz, who drove the expansion.

The coffee company has always offered customers hot and cold drinks, but it has since added beer, wine and appetizers to its menu recently in some locations.

Last year, the company was in hot water over a “racial bias” customer service backlash.

Starbucks responded by closing 8,000 stores to train its employees, but this resulted in revenue losses of up to $12m.

This was ultimately just a tiny dent for a company that compounded Wall Street estimates on revenue, profit and same-store sales in its fourth quarter for 2018 – recording a record quarter sales figure of $6.3bn.

American fast food icon McDonald’s was founded in 1940, in California.

Opened by brothers Richard and Maurice McDonald – pioneers of the “speedee service system” – they later partnered with franchise agent Ray Kroc, who eventually bought the chain from them.

As of 2018, the business operated in 37,855 restaurants in more than 100 countries worldwide, serving 69 million customers every day.

Its products include a selection of burgers, French fries, ice cream and more.

While it has become the world’s most popular fast food choice, it has faced a lot of backlash over the unhealthiness of its menu.

This has led the company to add salads, fruits, fish and smoothies to its menu.

McDonald’s is now the world’s second-largest private employer with about 1.7 million employees internationally.

Other fast food brands that offer a similar range of products to are Burger King and KFC, but McDonald’s easily leads the way in terms of brand value for the sector at $126bn.

It’s hard to think of life without it, but Google is only 21 years old, having been founded in 1998 by Larry Page and Sergey Brin.

The Stanford University graduates launched Google as a search engine but it has since become attached to everything from cloud computing and advertising to driverless cars and robotics.

As of April 2019, it had a search engine market share of 84.47%, according to Statista – way ahead of rivals like Bing and Yahoo!.

Its parent company Alphabet leverages the behemoth’s world-leading tech talent at X, also known as The Moonshot Factory, which secretly tests some of the most innovative ideas in the world that range from internet balloons to energy kites.

Steve Jobs, Steve Wozniak and Ronald Wayne’s empire was founded in April 1976 and has slowly creeped into our lives ever since with its computers and gadgets of all shapes and sizes.

The creator of the iPhone and iPad devices became the world’s first company to be valued at $1tn in August 2018 as shares hit $207.05.

In January 2016, it was announced that one billion Apple devices are in active use globally.

Last year, it sold 217.72 million iPhones, although it has struggled to reach its 2015 peak of 231.22 million amid growing competition from other manufacturers like Samsung and Huawei.

Apple remains one of the most valuable brands in the world, with a market cap of $940.51bn on 3 July.

While Apple was the company perhaps most responsible for the modern-day computer and smartphone, there was a time when Microsoft’s Windows 95 could be found on almost any PC.

The brainchild of Bill Gates and Paul Allen was founded in 1975 but Microsoft continues to push boundaries of IT and tech under the leadership of current CEO Satya Nadella.

In April 2014, Microsoft acquired Nokia’s mobile phone business for $7.2bn and, by the following year, it had become the world’s third largest maker of mobile phones – selling 33 million units annually.

Net income also rose from $7.4bn to $8.8bn during that time, with analysts observing the success to be attributable to Nadella’s wish to turn Microsoft from a hardware into a primarily cloud computing company – headlined by its Azure service for creating and managing cloud-based apps.

In 1995, Sam Walton founded the department store and supermarket Walmart – a brand now synonymous with American suburban life but also a catalyst for spreading the supermarket concept globally.

As of January 2018, its international operation comprised 11,766 stores and 2.2 million employees in 26 countries, including Argentina, Brazil, Johannesburg and the UK – making it the world’s largest private employer.

The company fell from 18th to 29th in the Forbes Global 2000 list for 2019, which ranks the world’s largest public corporations based on four metrics – sales, profits, assets and market value.

But when ranked by revenue, it came out on top once again.