Failure is success if we learn from it: Five examples from the founders behind firms like Mumsnet and Babylon

From the founder of Mumsnet to the brains behind Babylon Health, many business leaders have experience of failure - and as the old adage goes, failure is success if we learn from it 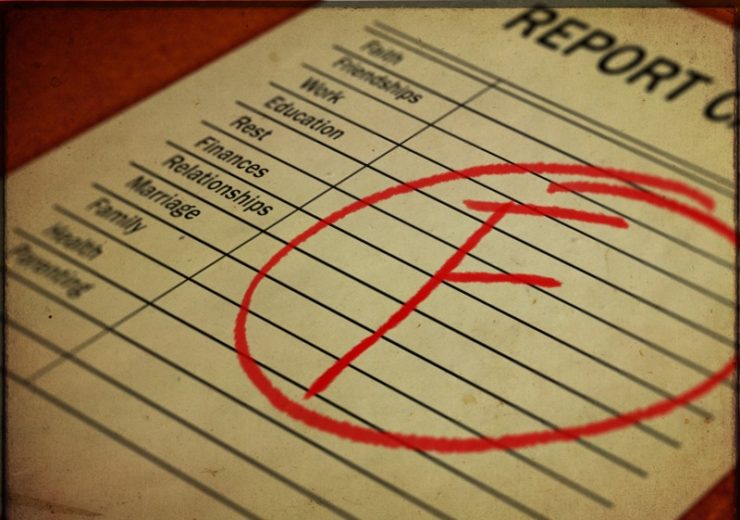 As the old adage goes, failure is success if we learn from it – and sometimes it can be equally useful to learn from the mistakes of others.

Ask any entrepreneur about their road to success, and you’ll be hard-pushed to find one who hasn’t had a bumpy ride.

Dan Murray-Serter and Rich Martell – both serial business leaders themselves – host the business podcast Secret Leaders, and have questioned the men and women behind some of the world’s top companies.

During their discussions, they’ve learned about some of the biggest mistakes that founders of companies such as Jo Malone London, Babylon Health and Mumsnet made on their route to success.

Failure is success if we learn from it: Jo Malone, Jo Malone London

Jo Malone, founder of scented candle and perfume brand Jo Malone London and Jo Loves, explains why turning her back on her business was her first big mistake.

“It has changed my life in so many ways, and I had just made the wrong call for my life.

“If you think you’re going to go through your life without one mistake, you’re a fool because mistakes sometimes make us who we are now, looking back.

“If I hadn’t left, maybe I’d be in a completely different place right now but I certainly wouldn’t be doing this.

“I wouldn’t be creating and doing some of the bravest things I’ve ever done in business right now. Life often can bring you full circle and bring you back.”

Failure is success if we learn from it: Michael Acton-Smith, Mind Candy and Calm

“It was extraordinary, and it caught all of us by surprise, how fast that switch can happen and, as fast as it had grown, it started to come down.

“It was terrifying. We looked at the data, all the KPIs started to come down and the subscriptions were dropping.

“I don’t think we fully appreciated it and we thought Moshi could keep going but it came down.

“We thought the transition in overcoming that would be a lot easier than it was.

“In hindsight, [selling] would probably have been a better thing to do but it’s an unbelievable learning experience.

“Mind Candy is actually doing really well now. We’ve been through a tough time, we’ve been through five rounds of redundancies, we’ve had some challenging press, but we’ve got an amazing CEO running the company at the moment and a brilliant team.

“Moshi is being sparked back to life at the moment – helped by a brand new IP called Petlandia.”

Failure is success if we learn from it: Ali Parsa, Babylon Health

“In my first business, Circle, I had no track record. I only raised money from one venture capitalist (VC), and that was a big mistake.

“The only thing that destroyed that business was that one VC, but I went to hedge funds, because at the time hedge funds were a source of capital and hedge fund managers were entrepreneurs.

“I was a virgin fundraiser at the time, and we raised £200m over a six or seven-year period, in the middle of the financial crisis, between 2008 and 2012.

“We raised from wonderful people and I think the point is, minds get attracted to big ideas that are executable.

“I learned the lesson that you have to be very, very careful with your investors because we had a lot of incredibly good ones but we had one or two horrible ones.

“As soon as we became successful, they became greedy and wanted to cash in.

“I actually put all my energy into giving myself two years to build a bigger business.

“On its 18-month anniversary, Babylon was a bigger business with a higher valuation than Circle was.”

Failure is success if we learn from it: Justine Roberts, Mumsnet

“The hardest period of time was when we were under pretty persistent attacks.

“It was about a three-week period where we suffered distribution denial of service (DDoS) attacks and phishing attempts and then I had a couple of users who had their house swatted.

“I was officially the first person ever in the UK to be swatted, which is my claim to fame.

“What that means is a SWAT team is sent around to your house in the middle of the night.

“In my case, I think people online had said there’d been a murder of a child and armed police turn up and dogs.

“We got better security and we closed the gap that allowed the phishing.

“No site is ever safe but we’re much safer than we were and we’re much more professional about it than we were so I firmly believe that everything comes with a learning – and that was our learning.”

Failure is success if we learn from it: Nick Wheeler, Charles Tyrwhitt

“I went out and bought a children’s clothes business which had five or six shops.

“At the time, we were a mail order company exclusively selling men’s shirts.

“What I thought I was doing buying a children’s clothes business when all I knew about was selling shirts to men by mail order, God knows.

“But I lost more money in three months time than in the last three years, and we went bust.

“It ended up we had to buy the business back and I didn’t have any money and, God knows why, but my father mortgaged his house and lent me £250,000.

“I will always be indebted to him for that. He just had faith in me.”