Learning from failure: How these failed entrepreneurs went from business disaster to breakthrough

With the odds stacked against entrepreneurs succeeding with their first business idea, it's important to reflect on failure when learning how to make the next start-up a success 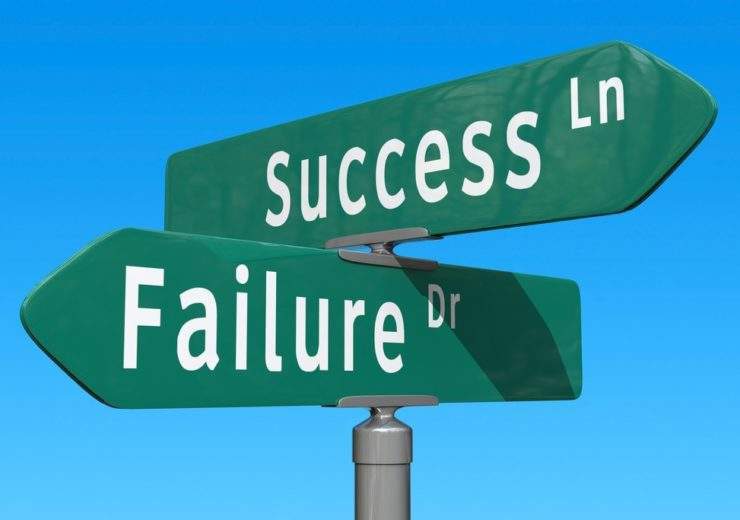 Behind almost every company success is a less glamorous tale of hard work, rejection and disappointment – as plenty of failed entrepreneurs admit when telling the stories of how they eventually made it.

Whether it’s the launch of an unsuccessful social network app called Burbn (which later changed its name to Instagram) or Steve Jobs and Steve Wozniak’s decision to stop selling illegal phone blue boxes and move to computer hardware, many entrepreneurs have had to go back to the chalkboard before making a breakthrough.

It’s estimated by business database Crunchbase that 70% of tech start-ups fail, more often than not within two years – with companies citing a lack of funds, poorly thought-out products and not hiring the right team as some of the main inhibitors to success.

Businessmen from the world of tech, finance and retail discuss what they learned from initial failure and how they implemented changes to make sure their next venture was a success.

My first (and thankfully only) failed business was Glencoe Foods Inc.

Glencoe was all about taking the fresh soup-in-a-carton concept to the United States and, while it was a completely separate business, it was also built on the learnings of ten years of successful growth at our UK company New Covent Garden Soup Co.

The common factor was me and many of the shareholders, staff and retailers in the US backed the business concept based on the UK success and my belief that it would succeed.

We got a lot right at Glencoe but we could not develop the traction quickly enough to cover our overheads.

We had built a new factory in California – in hindsight, something we might have avoided.

Our main shareholder, based in Silicon Valley, was also more interested in the excitement of the dot-com bubble and wouldn’t extend us the funds to work through our challenges over a more extended time frame.

In the end, however, it was mostly our own fault as we couldn’t implement the original business plan, as promised.

Ultimately, I learned a huge amount – probably more than I had learned over 10 years of success at NCGSC.

Success can be a lousy teacher, as you can never be quite sure what the priority of “elements of success” really are.

I learned how to properly deal with adversity and in so doing so I learned a lot about myself.

Running my own business and being my own boss has been an ambition of mine ever since I can remember – although, naturally, I’ve encountered set-backs along the way.

A major disappointment for me happened after I’d been working at one firm for ten years and had worked my way up to director level and second in charge.

The owner of the business reneged on a promise of making me a shareholder.

When this happened, I decided it was time to make the leap. You could say it was a “now or never” moment for me.

The lesson here was to be brave and go all in by myself – to put 100% of my energy and resources into the project that I believed in.

After all, with so much at stake, it’s not enough to half-heartedly pursue owning a successful business.

Managing the transition meant going all in with no half-measures. It took a lot of focus and self-reliance – but at least I was relying on myself.

I’d say that some entrepreneurs make the mistake of trying to keep a safety net around them – say, by working up the corporate ladder or by freelancing – rather than setting up a business in its own right.

For me, this didn’t work. It’s only the threat of failure that means you have no choice but to succeed – even if that success takes time.

I ran a debt management company based in Derbyshire during the height of the last recession.

To begin with, we were incredibly successful, and I’m sure this is due to the timing of our launch.

This is one of the most important factors I have since taken forward with any venture – timing is everything.

Although timing is key to our initial success, a lack of passion was responsible for the decline of the company.

When I first started the company I was very motivated and enjoyed managing a small team, even if I wasn’t entirely interested in debt management I was interested in being my own boss and heading a company.

However, I underestimated just how exhausting this actually is and started becoming less and less motivated, before eventually burning myself out and shutting our doors for good.

What I realised here is that even if you have done everything possible to prepare, starting a company is an enormous task and is made even harder if you don’t have the passion to drive you.

I don’t think you can make a successful business if your heart’s not it – you’ll run out of steam eventually.

So I began brainstorming what I cared for and eventually founded Men’s Pharmacy – now Assured Pharmacy – in 2014 with Robbie Toan, just as the market for online healthcare providers began to explode.

We got the timing right, I’m passionate about delivering the best online pharmaceutical service possible, and the company has gone from strength to strength since we launched.