Which F1 team comes first on the podium for sponsorship deals?

Despite not winning an F1 championship title since 2007, Ferrari is still in pole position when it comes to commercial revenue from its sponsorship deals 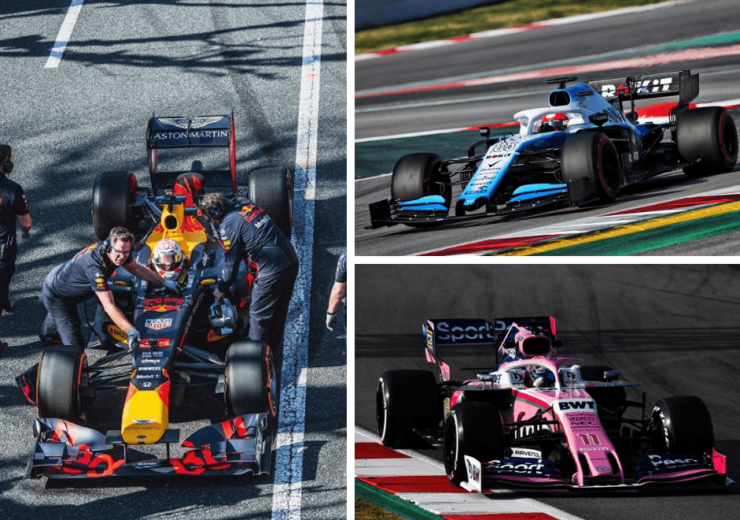 Mercedes has dominated on the race track in recent years, taking home the last five constructors’ championship titles – but, off the tarmac, Ferrari tops the table for the F1 team that extracts the most revenue from its sponsors.

The ten Formula 1 constructors signed a total of 229 sponsorship deals with 191 companies ahead of the 2019 world championship.

The combined value of these commercial deals is estimated to be worth up to $1.19bn (£900m), according to sports analytics company Sportcal.

Conrad Wiacek, head of sponsorship at Sportcal, says: “Ferrari not only has the highest number of commercial partnerships in the sport – with 31 – but it also generates the most revenue from those deals.

“It confirms that, while F1 is evolving, the traditional brands are still the main drivers when it comes to securing commercial revenue.”

Almost a fifth of deals are made with automotive companies, while technology companies (17.98%), and industrial goods and services companies (14.04%) are also popular partners for F1 teams.

Mr Wiacek adds: “With access to an active and engaged fanbase, it is perhaps no surprise to see 21 different industries represented in the list of sponsors, from the traditional sectors like automotive and technology right through to charities and healthcare partners trying to reach a typically affluent, slightly older audience.

“However, with Liberty Media [the owners of Formula 1] prioritising attracting a younger audience, the development of social media channels will be crucial to maintaining this momentum.”

Due to restrictions on tobacco advertising, introduced in 2008, the team’s title sponsor Philip Morris is no longer unable to promote its brands such as Marlboro on the car.

Ferrari’s partnership with Shell is the oldest in the history of the sport, stretching back to the 1930s, and will retain a branding spot on the nose of the car for the 2019 championship.

The constructor’s three new sponsors for the upcoming season are Eightcap, Laszmoe and Vistajet.

The Milton Keynes-based team has a total of 25 active deals, but the Red Bull deal is thought to be worth $100m (£75m) alone.

FuturoCoin will be the first ever cryptocurrency to have its branding featured on the F1 track after signing a deal with the constructor team in February 2019.

Despite McLaren’s decision to go without a title sponsor for the previous six seasons, its sponsorship deals will still bring in an estimated $90m to $120m (£68m to £90m).

Three new brands will have their logo featured on the McLaren car alongside the 23 previous sponsors.

Woking-based McLaren has partnered with British American Tobacco (BAT) but will instead feature the phrase “A Better Tomorrow” – representing the company’s “portfolio of potentially reduced risk products” – in attempts to get around tobacco advertising bans.

However, the BAT branding will not be allowed to feature on the car for the opening race in Australia.

Mobile phone manufacturer ROKiT replaces Martini as the title sponsor of Williams Racing, in a deal valued at $20m (£15m).

The nationalities of the Oxfordshire-based team’s drivers – which include Poland’s Robert Kubica and Canada’s Nicholas Latifi as reserve driver – have helped to attract sponsors from new countries.

Red Bull and Honda are the co-title sponsors for the Toro Roso team this year, while Wings for Life is the charity sponsor.

Toro Roso has fewer sponsors in comparison to the other F1 teams, which Sportcal claims is an attempt to make “car ‘retail space’ left at a premium” and increase the prominence of the main sponsor, Red Bull.

Renault is another team to avoid having a title sponsor – instead, the 28 sponsors are divided between main partners, team partners and suppliers.

The team has been without a title sponsor since 2009, when ING terminated its contract early following the “Crashgate” controversy, in which the team reportedly ordered a driver to deliberately crash.

The new arrangement will reportedly see Alfa Romeo Racing make an extra $34.26m (£25.81) per year over the next two seasons.

It’s one of two teams to feature a charity sponsor, with Alfa Romeo partnering with Save the Children.

The team car will sport a new pink and blue livery, and will mark the first time the Force India name hasn’t appeared on the F1 grid since 2008.

With only ten sponsors, worth an estimated $30m to $50m (£23m to £38m), Rich Energy Haas comes bottom of the list, in terms of sponsor earnings.

The team, which was established by the NASCAR Monster Energy Cup Series co-owner Gene Haas, has a new title sponsor for the 2019 season.

The team car will sport the gold and black livery of the British energy drink brand Rich Energy.

Doubts were raised over the legitimacy of the new title sponsor, due to the fact the drinks brand remains relatively unknown, having formed only six years ago, and its failed bid for F1 team Force India.

“As far as I’m concerned, saying it doesn’t exist is like saying man never walked on the moon, or Elvis is still alive. It’s just fantasy.”