A grievance with an Uber app being slightly out of sync with the taxi's location led marketers Nick Worth and Dave Frankland to realise they're just like everyone else - an entitled consumer. Nick speaks to Dan Robinson at the launch of the duo's new book on the subject about what this means, which companies have best personalised marketing messages and those who haven't 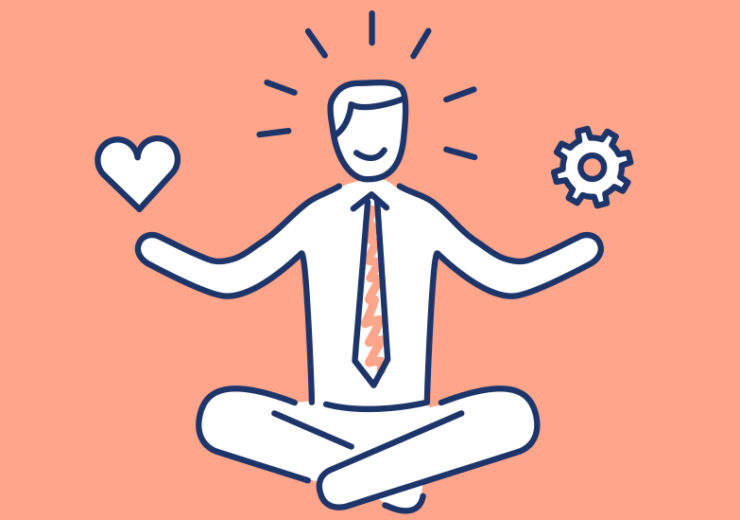 We're all an entitled consumer now, according to Nick Worth and Dave Frankland in their new book on the subject

“Today’s consumers want everything. You should give it to them.” So reads the inside cover of a new book about the “entitled consumer”, a concept that many of us may not have heard about but can certainly identify with.

From having taxis at our beck and call – and fingertips – with Uber and being able to instantly call friends in another country with Skype, to sailing through airport security with a boarding pass on our smartphones and buying a brand new film to watch with Apple Pay, we’re all guilty of raised expectations.

But as Nick Worth and Dave Frankland point out in their 290-page book Marketing to the Entitled Consumer: How to turn unreasonable expectations into lasting relationships, there’s no use in companies complaining about it.

Instead, they should find a way to make consumers feel at the centre of the world, ensuring every marketing message is customised and relevant to the person they are targeting.

Nick, speaking at the book’s launch in London last week, says: “To me, the entitled consumer means an expectation that brands will have a thorough understanding of everything that we will want – in particular, our state of mind at any given moment.

“Not only does a brand view who we are and what we like, but what we need at a given moment time in a given situation.

“It’s not something people understood 10 years ago but it’s really accelerated in recent years.”

Developing the idea of the entitled consumer

After spending time with marketers, the two authors – who have extensive careers in the field – noticed how their colleagues felt frustrated by how “difficult” marketing is today.

“At the dawn of digitisation 20 to 25 years ago, everyone had an expectation that marketing would become easier and more fulfilling, but quite the reverse has happened,” says Nick, who is the chief marketing officer at Selligent Marketing Cloud – a marketing automation platform that helps users engage with customers using relevant insights.

“That was a starting point to try understand why this was.”

About two years ago, they began to survey 7,000 people – 5,000 in Europe and 2,000 in the US – and spoke to marketing groups about consumer behaviour, before coming to the conclusion that today’s consumers are “entitled”.

“Fundamentally, the reason marketers are so challenged today is because consumers expect so much and it’s very difficult to deliver the level of personalised engagement the individual consumer expects.”

Rather than being on the outside looking in, however, there was a moment of outright punter privilege in which he realised he was an entitled consumer just like the rest of us.

Waiting for an Uber taxi, he was following the icon representing the vehicle on his smartphone to gauge how far away it was.

To his annoyance, the cab pulled up “seven or eight seconds” ahead of what the app had told him.

“We were complaining how frustrating it was that the car and icon weren’t in sync,” he recalls.

“But we then stopped and thought ‘how ridiculous is this?’ That’s how we realised we expect the world.”

The authors give a number of examples of companies successfully personalising their messages within Marketing to the Entitled Consumer.

Vancouver-based Indochino is a men’s clothing brand that has embraced data to entice loyal customers back.

Launched in 2007 by two students who hated shopping for formal clothing, it guides shoppers through taking their own measurements in less than ten minutes using a step-by-step online video, before they order a made-to-measure suit from $400 (£305).

It is one of the fastest-growing fashion brands in the world, with venture capitalists backing a business model based on strong personalisation principles thanks to the data it collects.

Nick says: “Data is its best asset. It has customers’ measurements so will offer them clothes that will look good on you.

“Indochino doesn’t try offer you another suit after you’ve bought one because it’s a big expense. Instead, it waits 30 days and then will try to sell you a tie or shoes – something that complements the suit.

“And 90% of its customers buy again within 90 days because it’s so good at understanding how a man feels once he’s bought that suit.”

Belgian cinema chain Kinepolis has been in existence for 21 years but has reinvented how film fans receive marketing for new movies and offers.

Nick explains: “It gathers a lot of data about what kinds of films you like to see and the snacks you buy. It pushes a lot of offers.

“What it’s good at doing is it doesn’t send too many messages.

“If a new film is coming out, it could target everyone but instead it targets just 7% of its entire customer base.

“By only sending to those customers whose profile says they will really like this movie, the message is received better and the recipient will be more likely to read the next email.

“But if Kinepolis was to just target everyone, it runs the risk of alienating people, even if it got some people to go and watch the film.”

Its value can be attached to the fact the company has grown from having 23 cinema locations in 2013 to 94 by this year.

Which brings us to how not to target the entitled consumer.

Nick highlights and example of an unnamed auto membership club that sells roadside assistance and other financial services such as insurance.

While keeping the entitled consumer on-side can be a daunting task, Nick insists brand marketers don’t have to always hit perfection.

He says: “The most important lesson is you don’t need to get it completely right – consumers don’t expect perfect.

“If everyone has the problem, all we need to do is get it better than the people we’re competing against.”

According to Boston Consulting Group’s Profiting from Personalisation study published last year, the 15% of companies that successfully deploy and leverage personalisation can expect to see an $800bn (£612bn) revenue shift over the next five years.

This is a view of the world shared by Nick and Dave, who encourage marketers to seek that level of consumer intimacy.

“The book is about that – it’s about understanding it’s going to be frustrating,” says Nick.

“The difficulty of the data and tech not working as we want isn’t a reason to give up because there’s still an opportunity to gain an advantage.”