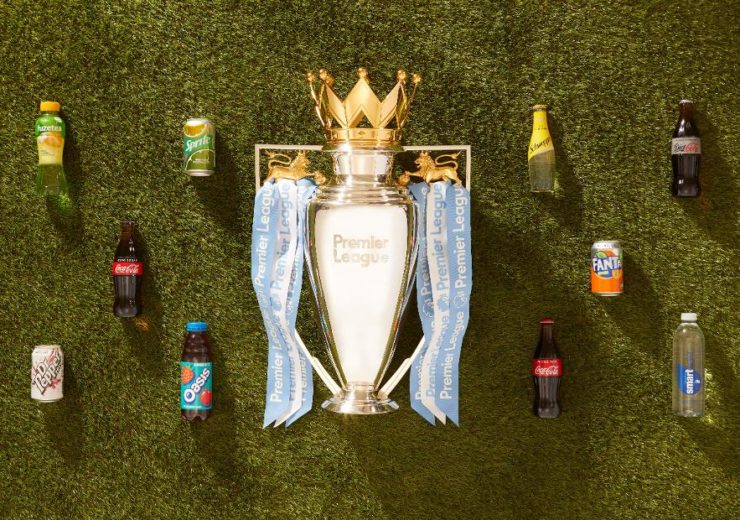 Coca-Cola Great Britain has a sponsorship deal with the English Premier League worth $12.5m per season

From the United States and Venezuela to India and Thailand, the English Premier League 2019/20 season will be watched by all four corners of the globe – making it a prime platform for sponsors.

The appeal of the world’s biggest domestic football competition continues to grow – the global TV audience increased by 6% to 3.2 billion in the last campaign, roughly double its nearest rival La Liga in Spain – and businesses from just about every industry are eager to get involved.

While the 20 clubs collectively attract $1.3bn in annual revenue through sponsorship, the EPL, as it’s currently branded, itself brings in an estimated $80.98m each year from its eight partners, according to sports intelligence company Sportcal.

Head of sponsorship Conrad Wiacek said: “This global outlook means that clubs are attracting more affluent fans as well as more fans from abroad, making the Premier League an appealing marketing platform when attempting to reach a global audience.

“Provided the league maintains the key ingredients that make it so appealing initially, such as having a competitive, star-powered league, then it is unlikely that this dominant position will be challenged in the short term.”

Since the Premier League was born as a breakaway from the English Football League in 1992, it has been synonymous with branding.

Lager brand Carling was signed up as the first title sponsor and the competition was known as the FA Carling Premiership between the 1993/94 and 2000/01 seasons.

But in February 2016, the Premier League announced it would move away from the title sponsorship strategy ahead of the 2016/17 campaign.

Instead, perhaps taking a leaf out of the books of clubs like Manchester United – which has built a stable of 46 partnerships in recent years to take its total sponsor revenue to $323.87m – the organisation decided to bring multiple backers on board to enhance its global appeal.

Mr Wiacek said: “The idea behind ditching the title sponsorship, which generated $48.5 million per season, was to develop a clean brand image for the Premier League, following in the footsteps of American sports leagues such as the NBA and NFL as a means of enhancing the league’s value beyond TV.

“The partnership strategy for the league has pivoted to multiple partnerships, with seven category partners providing the league with greater flexibility, while opening up opportunities for the clubs.”

Here we take a closer look at the eight English Premier League sponsors – and one of its licensees – for the 2019/20 season.

As the developer behind the world’s most popular football video game series FIFA, it makes sense for EA Sports to link up with the EPL as the “lead partner”.

Not only does the gamer have full access to Premier League licences for players and clubs but, in January 2019, it launched the ePremier League to bring English football into the growing esports scene.

Any UK resident aged over 16 could compete in online qualifiers for the ePremier League, which was then contested by 20 players representing each of the competition’s clubs in tournaments for both PS4 and Xbox in a two-day final event at a dedicated esports venue in London, held in March.

Another ePremier League will no doubt take place in 2020, with EA Sports signing a three-year deal in 2019 worth $17.5m per season – the highest amount of all the sponsors. 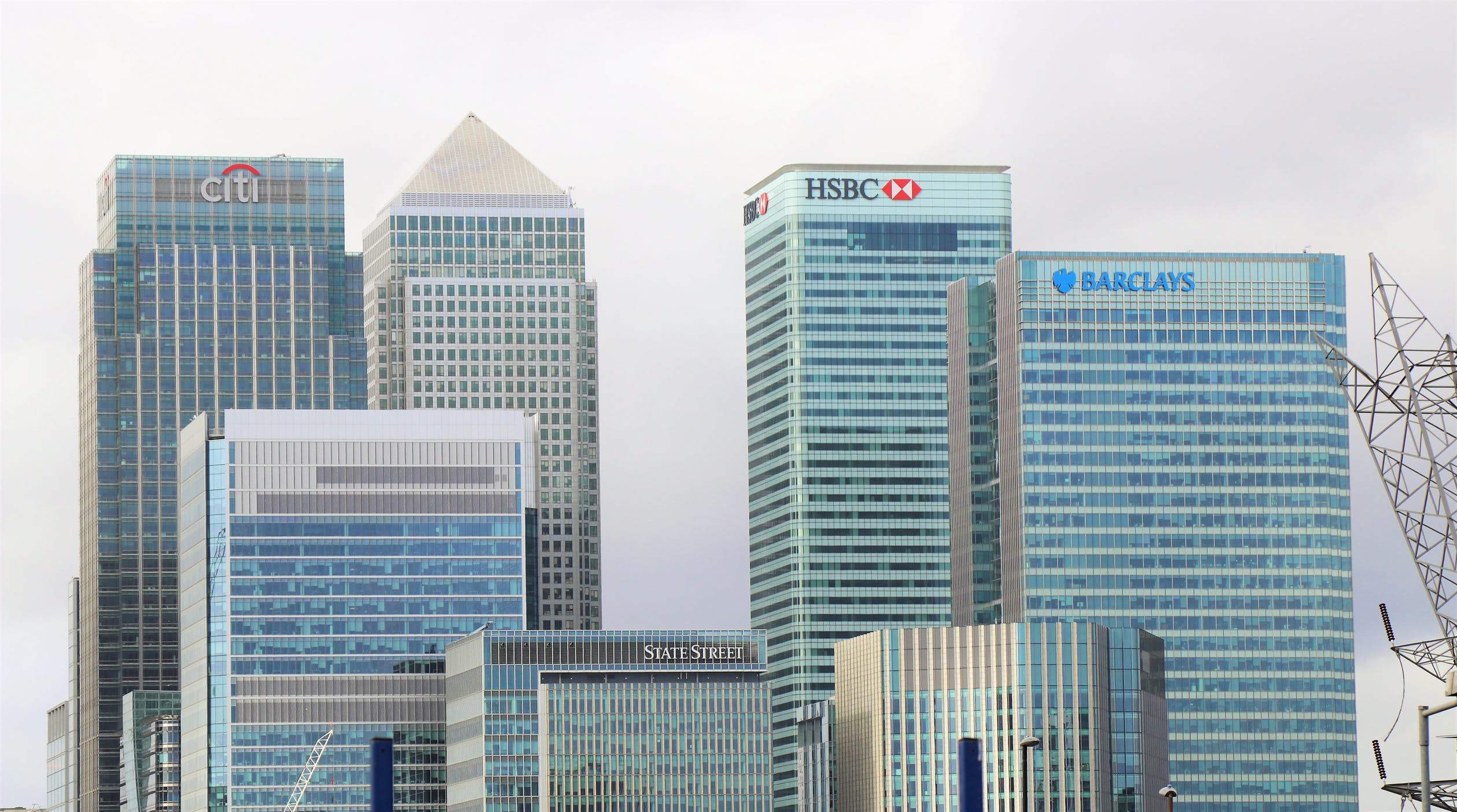 Despite dropping title sponsorship rights after 15 years in 2016, Barclays has continued its partnership with the Premier League as the “official bank”.

One of Britain’s “big four” banks, Barclays operates in 42 countries and employs 130,000 people.

King of Beers meets the Kings of the Game. The Premier League is excited to announce a new partnership with @budfootball #BeAKing pic.twitter.com/2obyZt7uzX

A veteran of sponsorship campaigns in sports – Budweiser was last year estimated to spend $84.4m on such deals for competitions including the FIFA World Cup – the American beer brand joins as a new partner this season after signing an initial two-year deal valued at $10m per season.

It will run the “Be a King” campaign, which it says will “inspire fans by connecting them with the “kings” of the Premier League”.

The competition’s “official beer” also has plans to create special edition Premier League trophy bottles and in-game promotions in bars around the world.

Given the fact Budweiser is sold in more than 80 countries, the Premier League’s global audience no doubt made it an attractive proposition for the company.

Like the Premier League, chocolate maker Cadbury is an iconic global brand whose story began in Britain, having been founded by Birmingham confectioner John Cadbury in 1824.

Having backed the London 2012 Olympics, Cadbury teamed up with the Premier League in 2017 as the “official snack”.

The three-year deal, worth $7.5m-per-season, expires at the end of the forthcoming season.

But during that time, it has held competitions for fans to win match tickets throughout the season, presented the Golden Boot award to the league’s top goalscorer and supported Premier League Primary Stars.

The scheme provides teaching materials and uses the appeal of football to inspire children to learn, be active and develop life skills.

In October last year, Cadbury also released a range of Premier League-themed chocolates in the shape of the trophy.

Once upon a time the title sponsor of the English Football League and the League Cup, Coca-Cola has now focused its backing on the Premier League as the “official soft drink”.

The world’s most popular soft drink brand has a dedicated micro-site for its activities related to the partnership, which include the first nationwide tour of the championship trophy.

It has also backed the StreetGames charity football tournament – in which ex-pros and celebrities played in a game alongside targeted youngsters at Stamford Bridge.

As part of its “Where Everyone Plays” campaign, it brought together 250 fans from the league’s 20 clubs to star in its TV advert, while its “Be the 12th” on-pack promotion offers Premier League-related prizes such as ticket giveaways.

The match balls used in every Premier League game will once again be Nike-branded after the US sportswear giant renewed its deal as the “official ball supplier” for another six years in 2019.

Its $13m-a-year deal gives the company huge exposure as fans from across the world watch the famous Nike tick being volleyed, dinked and headed into the back of the net by the likes of Raheem Sterling and Mohamed Salah.

While Mitre was synonymous with the competition in the 1990s, Nike has firmly established itself as the ball of the Premier League having first signed up in 2000.

During that time, it has introduced numerous spherical innovations and will this season release the 16th iteration of the Merlin ball.

When a scoreline is gridlocked and the minutes ebb away towards the 90-minute limit, all eyes are on the fourth official as they lift up a board to show how much injury time will be played as both teams look for a last-gasp winner.

And at the top of that board, which also displays substitutes’ numbers, is the Tag Heuer logo.

The Swiss luxury watch brand has been the “official timekeeper” since 2016 and last year announced it had extended its partnership from 2019 to 2022 in a $6m-a-year deal.

Owners of Tag Heuer connected modular watches can access a Premier League interactive watchface in which they receive match timings, updates and full-time scores for all games or their chosen teams.

The names – and numbers – on the backs of footballers’ shirts is a huge part of their personality and each one in the Premier League is now provided by Avery Dennison.

The sports and retail branding company, which also provides the competition’s sleeve badges, signed up as the official supplier this year in a three-year agreement worth $1.5m per season.

Avery Dennison says these products are embedded with smart digital technology in which fans with the replica shirts have access to in-app experiences by scanning and authenticating their products.

For many fans, some of their first football memories relate to filling Panini sticker albums.

The Italian sport collectables company, founded in 1961, is the official sticker and trading card licensee of the Premier League, meaning it has permission to produce the competition’s sticker album.

It began a new partnership last season and resulted in Panini mimicking the style of newspaper back pages to create its album.

Collectors could also scan QR codes on pages to access exclusive video clips throughout the season in a refreshed approach to a classic hobby.