The UK economy has contracted for the first time since 2012, as GDP figures reveal the country is one step away from recession 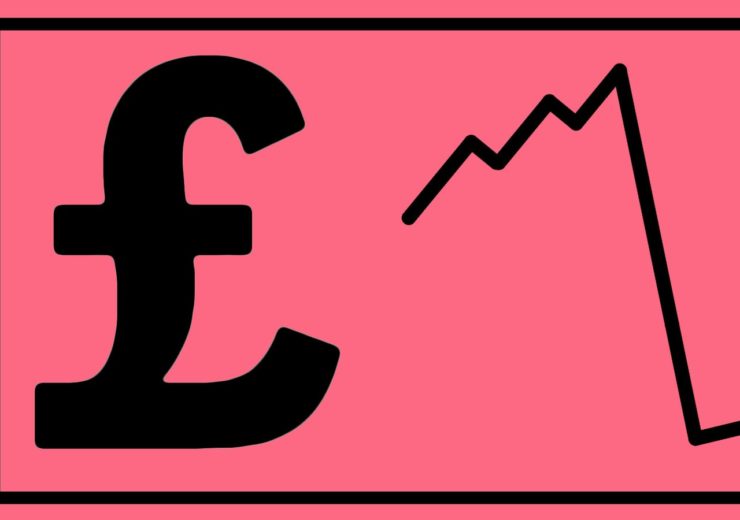 Fears of a second recession in 11 years have been raised after new figures showed the UK GDP has fallen by 0.2% (Credit: Gresham College/Flickr)

Fears of a second recession in 11 years have been raised after new figures showed the UK GDP has fallen by 0.2%.

The findings from the Office of National Statistics (ONS) represent the first decrease in performance of the economy since 2012.

A second successive three-month period of economic contraction would mean the country has slipped into a recession for the first time since 2009.

While Chancellor of the Exchequer Sajid Javid remains optimistic about British fiscal fortunes, some economists are beginning to fear the worst.

Markus Kuger, chief economist at business insight firm Dun & Bradstreet, said: “The fact that the UK is potentially heading towards a recession is unwelcome news for businesses who are already struggling, according to several high frequency indicators like the latest Purchasing Managers Index (PMI) for the construction sector.”

The figures may be worse than some expected, but many were anticipating poor economic performance for the second quarter following the 0.5% growth experienced during the first three-month period.

Kuger said: “Today’s figures are not a surprise as stockpiling activity ahead of the original Brexit date on 29 March had artificially inflated the comparison base in the first quarter.

“Also, the wider European region is seeing a slowdown, which is adversely impacting on UK growth.”

The ONS says stockpiling of products added a slight boost to the economy during the first quarter.

After the Brexit date was extended to 31 October, the stockpiled goods were run down throughout the second quarter.

Suren Thiru, head of economics at the British Chambers of Commerce, added: “The latest figures suggest that the UK economy hit the buffers in the second quarter.

“We’re seeing the unwinding of heightened levels of stockpiling, growing anxiety over the prospect of a no deal exit and moderating global growth having an increasingly chilling effect on economic activity.”

Recession is defined by economists as two consecutive periods of economic contraction, so if the UK doesn’t show signs of growth over the next three months, this could become a reality.

Thiru warned: “Unless decisive action is taken, it is increasingly likely that the factors that drove the contraction in the second quarter will continue to weigh on the UK’s growth trajectory over the near term.

“A messy and disorderly exit from the EU would considerably increase the probability of an economic downturn, particularly if global conditions continue to moderate.”

However,Javid claimed that the “fundamentals of the British economy are strong”.

He added: “Wages are growing, employment is at a record high and we’re forecast to grow faster than Germany, Italy and Japan this year.”

He said: “The driver of a car that’s careering headlong towards oncoming traffic tends to pay little attention to roadside billboards, no matter how big they are.

“So it is with the markets’ attitude to Friday’s GDP figures. While the scale of the UK’s second quarter contraction took many by surprise, for once the macroeconomic data is a symptom of market worries rather than their cause.

“Sterling has taken a knee-jerk hit in response, but as pound-watchers chew over the full horror of Britain’s economic slowdown, it is their gnawing fear of a chaotic ‘no-deal’ Brexit that is ultimately dragging down sentiment.

“With the forward-looking PMI data suggesting that even worse is to come for the UK economy, the ‘r word’ is starting to be uttered in earnest.”

The manufacturing sector struggled the most during this period and provided the biggest negative contribution to national GDP.

A quarterly fall of 2.3% in manufacturing was driven by downturn in 10 of the 13 sub-sectors, including transport equipment and chemical manufacturing.

This was highlighted by the number of car manufacturers who brought forward factory closures as part of Brexit contingency plans.

Rob Kent-Smith, head of GDP for the ONS, said: “Manufacturing output fell back after a strong start to the year, with production brought forward ahead of the UK’s original departure date from the EU.

“The construction sector also weakened after a buoyant beginning to the year, while the often-dominant service sector delivered virtually no growth at all.”

The service sector, which accounts for 83% of the workforce in the UK, slowed to 0.1% and provided the only positive contribution to GDP growth.

Kuger added: “Five out of 14 sectors reported a rise in corporate liquidations, including the construction sector and personal services.

“All in all, we are maintaining our current deteriorating outlook for the UK and are considering a downgrade of the country’s risk rating, which would push the UK from the ‘low risk’ to the ‘slight risk’ category, should the risk of a no-deal Brexit increase further over the next weeks.”