How Dubai broke into the global financial hub elite 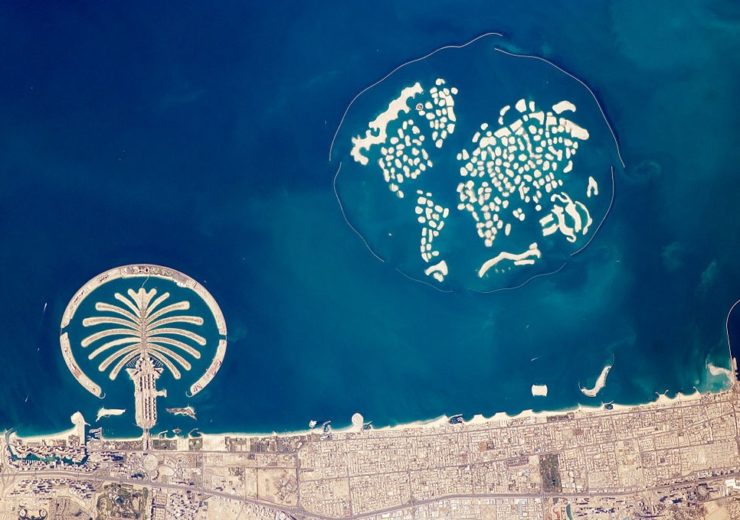 After moving into the top 10 on the Global Finance Index, Dubai has set its sights on becoming "destination of choice" for business (Credit: Wikimedia Commons)

While political uncertainty in London and Hong Kong has seen the rankings of the two financial hubs fall, Dubai has emerged as the leader of a new group of global financial centres looking to disrupt the status quo.

The Emerati city of Dubai is renowned for its towering glass skyscrapers, palm-shaped artificial islands and luxury shopping districts.

While tourism, trade and real estate have traditionally helped to supplement the GDP of the oil-rich city, Dubai’s financial services can now be considered among the best in the world.

The Global Financial Centres Index (GFCI), compiled by commercial think tank Z/Yen, named Dubai in its top 10 for the first time, placing it above the likes of Frankfurt, Paris, San Francisco and Toronto.

While the top global financial hubs, including Hong Kong, London and Singapore have endured a difficult year, cities such as Dubai, Beijing and Shenzhen have been closing the gap to their illustrious counterparts.

Z/Yen compiled the assessments of 3,360 finance sector professionals on 114 global financial centres for its index.

Professor Michael Mainelli, executive chairman of Z/Yen, says: “Competition at the top of the GFCI is intensifying.

“London is in a ‘slipping second’ position globally and a ‘slipping first’ in Europe amidst high volatility emanating from policy uncertainties, Brexit, trade wars, and geopolitical unrest.

“Asian centres and a resurging Paris are fighting for that second place spot.”

The Dubai International Finance Centre (DIFC) was established as a special economic zone in 2004, as a financial hub for the Middle East, Africa and South Asia markets.

Sustained growth in the first half of 2019 saw 250 companies move into the financial district, bringing the total number of businesses to 2,200, with more than 24,000 employees.

Sheikh Maktoum bin Mohammed bin Rashid Al Maktoum, deputy ruler of Dubai and president of the DIFC, was keen to reference the role of the DIFC in improving Dubai’s financial rankings.

He said: “The city’s steady ascent in rankings has been driven by DIFC’s remarkable success in building an ecosystem that fosters financial industry growth.

“DIFC is one of the key initiatives at the forefront of Dubai’s new phase of growth and its efforts to create a business and investment environment that rivals the world’s best.

“Dubai will further increase its commitment to supporting the financial industry and making the city a leading player in shaping the future of the global financial landscape.”

But the Sheikh is not complacent, and also outlined ambitions for Dubai to become the top global financial centre.

What’s behind Dubai’s success as a global financial hub?

Businesses based in the DIFC benefit from a 50-year exemption from all taxes on corporate income and profits.

The region also has incentives to encourage foreign licensed firms to locate in the region, including the ability to retain 100% foreign ownership.

Some of the foreign businesses to take advantage of the DIFC’s benefits include US oil and gas company ExxonMobil, financial services firm World First UK and Egyptian mobile payments platform PayMob.

Essa Kazim, governor of the DIFC, claims that the new recognition of Dubai as a top financial centre is “testament to the commitment we have made to our community”.

He adds: “The DIFC has been a pioneer within the financial services industry since its inception in 2004 and continues to gain global recognition as an economic powerhouse and pivotal business hub.

“The financial sector is a cornerstone of the UAE’s economy and the DIFC is a magnet for global investment, and the central hub for international trade.”

A focus on fintech and innovation has been core to Dubai’s growth on the financial scene.

The DIFC’s fintech Hive — an accelerator programme for fintech start-ups in the region — has run for three years, with the 2019 edition receiving more than 425 applicants.

More than 100 fintech firms have opted to base their operations within the DIFC.

Employees in the DIFC also benefit from opportunities for continued professional development, the financial centre runs an academy scheme in partnership with 26 local educational institutions.

More than 5,500 graduates have undertaken education courses in finance business and law as part of the scheme.

While Dubai leads a new group of financial districts looking to take on the established giants of London and New York, it still remains 50 points of the top spot.

However, that has not dampened Mr Kazim’s ambitions, with the ultimate aim of the DIFC being “exponential growth”.

He states that the DIFC’s “pursuit of excellence and focus on innovation” could eventually see Dubai become the “destination of choice” for business.