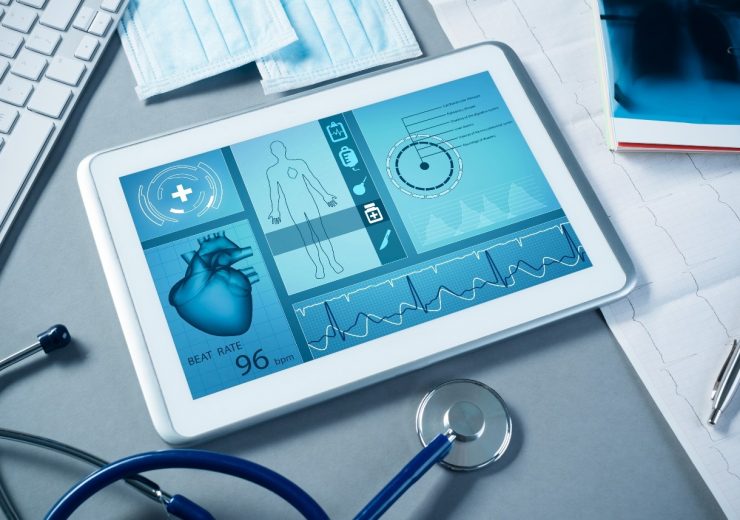 The rise in smart devices can monitor and analyse a variety of bodily functions to improve human life (Credit: Khakimullin Aleksandr/Shutterstock)

Apple went from revenues of just over $500m to $8.3bn during John Sculley’s time in charge. Now, he’s aiming to put healthcare on a similar trajectory. Chief Executive Officer magazine Stephen Hall speaks to Sculley and Daniel Honeywell, CEO of medtech company Zedsen – where Sculley serves as a strategic adviser – to find out how digital healthcare businesses are aiming to revolutionise the system.

In 1983, sometime before the birth of the internet, several disruptive new technologies were conceived. In March that year, for example, the compact disc (CD) had gone on sale in the UK for the first time. The previous year, the first computer virus, the Elk Cloner, written by 15-year-old Rich Skrenta, was discovered. These inventions would, of course, develop in complexity and lay the foundations for some of the vast technological changes seen today.

Meanwhile, on the last Sunday of March 1983, John Sculley, who had been in charge of PepsiCo, was locked in job negotiations with Steve Jobs. He was about to walk away from proceedings when the late founder of Apple famously said, “You want to sell sugar water for the rest of your life or do you want to come with me and change the world?”

It was a blunt-edged challenge, characteristic of the entrepreneur, that would alter Sculley’s trajectory and transform the fortunes of one of the planet’s most recognisable companies.

For the next ten years, Sculley would oversee Apple as it launched the iconic Macintosh computer. During this early period, Steve Jobs told Sculley, “I think of you just like Woz [Steve Wozniak] and Mike Markkula. You’re like one of the founders of the company. They founded the company, but you and I are founding the future.”

The 128K Macintosh, which debuted in the company’s legendary ‘1984’ commercial aired during Super Bowl XVII, launched a year after Sculley joined. Priced at $2,500, it featured a nine-inch black-and-white screen, two serial ports and a 3.5-inch floppy disc slot. Steve Wozniak credited the Macintosh’s initial success to Sculley, saying that he “worked to build a Macintosh market when the Apple II went away”.

“I met Steve Jobs back in 1982,” recalls Sculley. “At that time, Steve was in the early days of developing a product that would eventually be the Macintosh and he was being challenged by Silicon Valley. He said, ‘I know where the future is, but I can’t get people to take me seriously.’ That’s why, in Silicon Valley, people used to joke when Steve was talking about the future of computing being for non-technical people.

“He said it was about making it easy to use, and not just for engineers and business people. And so, he told me, ‘Come to Apple and help me explain what we’re creating here, and that led to my ten years as CEO’.”

Now, of course, the company’s signature iPhone can access a treasure trove of unlimited information at the touch of a button. The tech giant is currently the biggest of its kind in the world and, in 2019, 36.4 million Apple smartphones were sold worldwide during the first calendar quarter.

His role in the corporation’s rapid progression was later dramatised in various films including Steve Jobs by actor Jeff Daniels.

Digital by default – a revolution for healthcare businesses

Panning forward to 2020, it seems like everything is going digital by default due to the continuous series of lockdowns caused by the pandemic. From Zoom and Teams to buzzing Slack notifications, the omnipresent nature of technology has been integral to the smooth running of remote business operations.

Meanwhile, affordable healthcare has also been put in the spotlight as the virus spreads from person-to-person without discriminating.

Even before coronavirus struck, the Rand Corporation found that 60% of Americans had at least one chronic condition and 42% had multiple chronic conditions. Private healthcare spending on issues like heart disease, diabetes and cancer was $1.1tn in 2016. Once lost productivity is added into the mix, the total economic impact is a whopping $3.7tn.

As a result of this fundamentally flawed system, and drawing upon his wealth of tech experience, Sculley joined UK-based start-up Zedsen. It’s a company providing non-invasive sensor technology that promises to disrupt the current healthcare model by enabling predictive care and preventive treatments through globally connected networks.

This collaboration fits in with Sculley’s mission to align with a noble cause – a business philosophy introduced to him by the two founders of the biggest computer companies in the world.

“I was sitting around in the Macintosh laboratory with Steve Jobs and Bill Gates,” he recalls. “Everything happens late at night in Silicon Valley, and Steve and Bill were talking about their noble cause. I had never heard the words ‘noble cause’, in the context of business, in my entire life.

“So, I was sitting there listening, not saying much and Steve said, ‘we’re going to change the world at Apple by making technology approachable, I think of it as a bicycle for the mind. We’re going to do it one person at a time – that’s going to be our noble cause.’

“Then he invented shrink-wrap software (software that is commercially available, rather than programmer-written from a specific application), and that was his noble cause.

“So, it stuck with me all these decades later. Now we’re at a time where, just like the microprocessor, Moore’s law (a prediction made by engineer Gordon Moore in 1965 that the number of transistors per silicon chip doubles every 18 months and the real costs come down) has shaped everything we know in high tech up until now.

After 14 years of investment and expertise in numerous healthcare tech companies, Sculley has called sensors the “most exciting development in medtech”. When you can combine this with advances in machine learning, the possibilities are enormous.

His latest collaboration with Zedsen provides highly-intelligent, flexible 3D sensors that can analyse the complex electrical properties of any biological or physical substance. It uses a multiplexed electrical field and sophisticated algorithms to identify an object’s unique signature, providing real-time data, imaging and analysis of trends within the body.

“We are all driven to do things which save lives,” explains Daniel Honeywell, CEO of Zedsen. “If you speak to any member of my team about why they get out of bed in the morning and why they come to work, they will all tell you that we are here to, number one, leave a legacy and, number two, save lives. That’s what we’re all about.”

Honeywell’s mission is building a device that will be able to non-invasively monitor blood glucose. As Sculley explains, no one in history has ever done this before, non-invasively.

“You’re not physically touching the blood capillary, what you’re doing is you’re looking through with a harmless electrical field and being able to determine two key characteristics,” says Sculley.

“One is called permittivity and there’s also conductivity. There’s a digital signature for, not only blood glucose monitoring, but we also believe we’ll be able to break down other blood constituents, like electrolytes with potassium, and sodium with haemoglobin.”

The all-encompassing rise of products like Apple watches and smartphones has begun a revolution in preventative healthcare. Smart devices can monitor and analyse a whole host of bodily functions from sleep issues to heart rate. Now, Honeywell believes that this transformative tech can go a lot further, and the possibilities for improving human life are limitless.

“At the moment, in healthcare, you wait until you’re ill or you have an ache or pain, or something is wrong, and you go and get healthcare,” says Honeywell. “But healthcare is about your whole life from cradle to grave. It’s about saying instead of being reactive, having treatments and nobody knowing how much anything costs or how long it’s going to take, how about we look at it another way?

“We can have always-on care and we can embed our sensors into devices like smartphone covers to test for glucose levels. We can also detect lesions or if a mole is melanoma or not, at home.

“We’re now moving into this world of always-on proactive wellness with very targeted healthcare. And John has shaped this conversation, he has been fundamental to the way that we think as an organisation. First of all, he’s a strategic adviser to the company, and there’s no greater visionary, probably in the world.”

And there’s a good reason he’s so highly sought after. When he left PepsiCo, for example, the brand had become the largest-selling consumer packaged goods brand in the US, surpassing Coca-Cola in market share. Apple, meanwhile, went from revenues of just over $500m to $8.3bn during his ten years in charge. So, what is the secret to his extraordinary leadership abilities?

“There are different types of leadership skills, and mine are in conceptual ideas and putting things together,” he explains. “How do you take products and how do you do product marketing? How do you position and help at those earliest stages – as I did at Pepsi and Apple, and with many entrepreneurs.

“My skills aren’t what [Apple CEO] Tim Cook does. Tim Cook is a master at running a very large, complex organisation. That’s not a job I would ever aspire to, nor do I think I could. There are so many people who are far more successful at that type of leadership of a large organisation.

“I love being able to work within a small team. I was there when the average age of the team who developed the first Macintosh was 22 years old. There were only 100 people who ever worked on the Macintosh back in those early days and that’s because Steve Jobs said he couldn’t remember the names of more than 100 people. If he wanted to add somebody, he had to take somebody out. So, it’s always about small teams and it always starts with a team of highly-motivated people.”

At 81 years of age, Sculley’s extraordinary levels of motivation are showing no signs of abating. He has previously stated he plans to live to at least 115 years old as he’s having too much fun. And, with entrepreneurs like Honeywell and Sculley at the vanguard of health-tech, this could soon become a realistic proposition for many.

After all, great entrepreneurs start with a ‘noble cause’. And, during a time of global chaos as a result of ill-health, there’s nothing that could be a more urgent area of focus for these visionary leaders.