Who is Delia Bushell? Profiling the new CEO of Grand National organiser, the Jockey Club

After time as the head of BT Sport and and AI company Afiniti, Delia Bushell will be taking over the lead role at the UK's pre-eminent racecourse owner 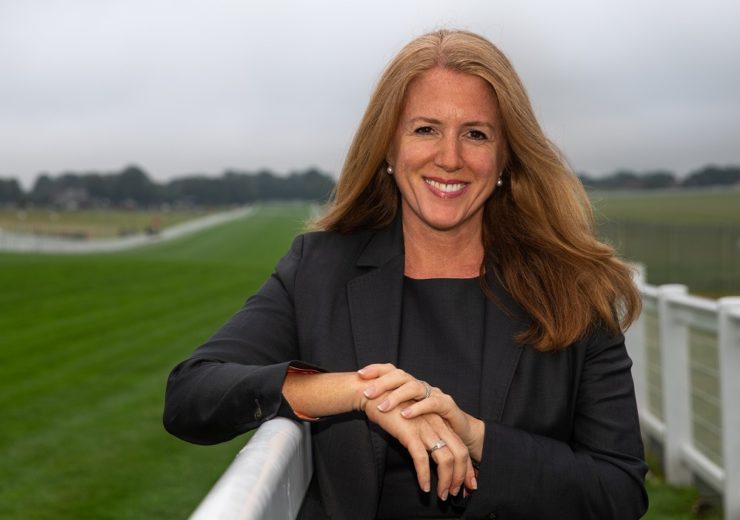 After prominent roles in sports broadcasting with BT and Sky, Delia Bushell moves to the post of CEO at the Jockey Club – the organisation that runs the venue that hosts the Grand National.

Bushell takes over from Simon Bazalgette, who has run the organisation since 2008 and will be stepping down in the autumn.

As CEO of the Jockey Club, she will oversee 15 UK racecourses including the Grand National’s racecourse Aintree, Cheltenham, Epsom and Newmarket.

“Racing is such an important part of British national life and I’m looking forward to working with the talented team at the Jockey Club and wider industry stakeholders to drive its future success.

“The years to come will be critical for the sport, as we embrace the opportunities and challenges of innovating for fans and racegoers, appealing to new and more diverse audiences, broadening revenue streams, and driving inward investment.

“I’m looking forward to immersing myself fully into the world of racing and using my wider experience in sport and media to help deliver these goals.”

On the announcement of Bushell’s appointment, we profile her career to date.

Who is Delia Bushell? Extensive experience at BT and Sky

Bushell made her name after spending almost two decades in television production.

She spent 14 years with BSkyB, starting off as a manager of Sky Ventures in 2000, before progressing the position of head of business development and managing director of Sky Ireland.

Bushell served as chief commercial officer for Sky Italia between 2013 and 2014, where she oversaw sales and marketing.

Between 2014 and 2017, she worked as managing director of BT Sport and BT TV, overseeing the company’s £1bn investment in televised sports rights.

During her tenure, BT secured an exclusive deal to broadcast UEFA Champions League matches, as well as a selection of English Premier League games, Premiership Rugby matches, Moto GP and the Ashes.

Delia Bushell moves to the Jockey Club from Afiniti

Bushell’s most recent experience in business was as UK CEO and Europe COO of Afiniti – a US technology unicorn valued at $1.6bn.

Afiniti specialises in behavioural AI to assist sales and marketing.

Its AI software has been installed in over 150 call centres and is used by companies including Verizon, O2, Virgin, T-Mobile, as well as one of Bushell’s former employer Sky.

After joining in April 2018, Bushell spent just over a year at the company and during that period, Afiniti was described by Forbes as one of the 100 companies leading the way in AI.

Delia Bushell’s other roles in media and sport

Bushell’s vast experience in media and sport have seen her appointed on a number of boards in advisory and non-executive director roles.

Her experience as a non-executive director for the Commonwealth Games and England and Wales Cricket Board will stand her in good stead for the role as CEO of The Jockey Club.

Bushell has also carried on working within the media, and serves as an adviser to the Telegraph Media Group – owner of The Daily Telegraph newspaper.

Her latest job will come with a remit to develop new revenue streams for the Jockey Club at a time when media revenue is declining.

This follows new government legislation that limits the maximum stakes placed on fixed-odds betting terminals, which was blamed for William Hill’s recent announcement that it plans to close about 700 betting shops in the UK.

But she also steps into a thriving business, with horse racing continuing to be a well-attended sport and the Jockey Club’s racecourses among the most popular.

Bushell has been congratulated by leading figures within the sport after her appointment.

TV presenter Clare Balding said: “This is a terrific appointment for racing. Delia will bring energy, imagination, intelligence and a huge knowledge of the media and sports rights world.

“She will help racing look ahead, work out where it wants to be in 10, 20 years time and, most importantly, get there.”

Sandy Dudgeon, senior steward of The Jockey Club, added: “With Delia’s experience at the top of media, sport, technology and business management, we are delighted she will join us as our new chief executive.

“The Jockey Club has a talented team in place, so we needed to make a first-class appointment to lead the group.

“Over the months and years ahead under Delia’s leadership I am confident the Jockey Club will go from strength-to-strength in order to benefit our sport.”