Does data have the power to save the world from climate change? 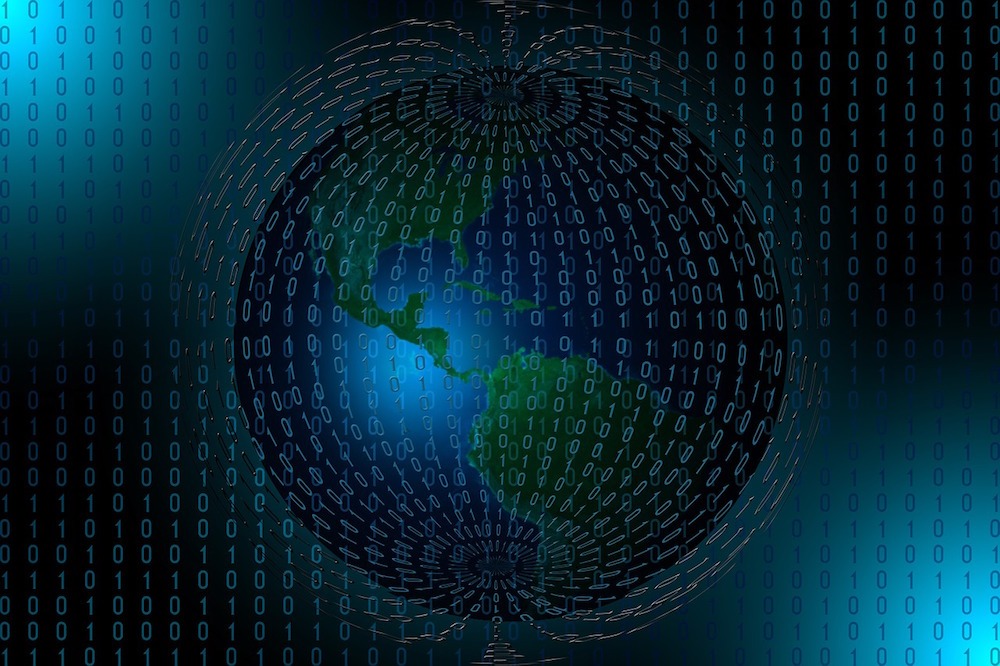 Data is often discussed in terms of improving quarterly profits and increasing business efficiencies – but if used correctly, others believe it could help to tackle some of the world’s most fundamental issues and even save the world.

Ben Jones, founder of educational start-up Data Literacy LLC, is one of those that shares this sentiment.

Speaking to Compelo at data conference Qlik Qonnections in Dallas, Texas, he says: “People often think companies are the places that need data literacy most because that’e where you can make the money – actually I think it’s most needed in community and society.

“I think we’ve got some major problems to solve in our world that relate to the way we treat each other as human beings and the way we take care of our planet.

“The data aspect of those problems makes the stress and anxiety of worrying how much a company is going to grow seem kind of silly to me.”

What made Ben Jones a data literacy advocate?

Ben, who previously worked for Seattle-based business intelligence company Tableau before starting his own business six months ago, is a board member for the Qlik Data Literacy Project.

He recalls how he first began teaching these skills while he was in college at UCLA, where he would tutor students in calculus to make a bit of extra money.

“I guess I just got hooked on watching people get that ‘aha’ moment, where they maybe felt that they couldn’t do much with maths and data – and then all of a sudden they can,” he explains.

Ben has since trained people in data skills at Fortune 500 companies across the world and students at the University of Washington.

Discussing the need for wider data literacy, he adds: “The societal components and the opportunity of using data for good is much more than the corporate opportunity for using data to make a company grow.

“Not to belittle that – we work in companies and they deliver value to us as consumers, as well as innovate and do many things that help humanity, but we have some fundamental problems to solve and we don’t all agree on what the causes are.

“I would love to see us take all this great learning that has been developed in companies and apply that to problems that are actually much larger in importance.”

Which problems can data help to solve?

For Ben, it appears there is no limit to the problems that data can be used to help solve and believes people should be utilising the potential of data to remedy some of the planet’s most fundamental issues.

He says: “Climate change certainly seems to be the most pressing area affecting life on the planet, when you look at the rise in mean temperature across the planet over the past few decades, along with the rise in atmospheric factors.

“It’s a major concern and we should be spending more time and energy trying to understand it and the different points of view around it.

“Alleviating hunger is another big one. It seems so ridiculous because you live in a country like America where people are throwing away food.

“Hunger is essentially a global source allocation challenge and is another major issue for data to tackle.

“Also, very treatable diseases such as malaria – those are massive causes of death on the planet and are things we can do something about.

“If you look back at the 20th century, the largest cause of human death was political war, so building stable governments and societies is another important area to focus on.

“It will be interesting to see what data can do to help those kinds of really emotional issues but it is still something we should look at from a data-driven point of view.”

However, he does acknowledge that data is not a panacea for all the world’s ills.

He adds: “I don’t know if data can solve all those problems, and I know that data alone can’t solve those problems, but I do think it is an important part of the picture.

“We have this new powerful ability and we should be looking into responsible ways to apply it in order to prevent some of the things that we’ve seen happen on this planet.

“Awareness is often the missing piece of the puzzle and data helps people to become aware of where these problems that are surfacing.”

Whose responsibility is it to save the planet?

The way the world works means that each government is in charge of certain boundaries, but Ben points out how the biggest problems aren’t confined to any single nation.

He says organisations like the United Nations and World Health Organization can pull in participants from multiple countries and have the ability to do the most in this area.

“Ultimately, if we act in nothing but our own national interests there’s a potential to cause problems to get larger,” he adds.

“At the same time, it’s also individual scientists, who we may not be aware of now, are doing important studies that will bubble to the surface and cause people to make decisions that will have a massive impact.

“There is so much we could do if we can utilise this wealth of skill and knowledge into non-profits that don’t have the same capabilities within their staff.

“There is an opportunity to match the demand from non-profits to solve data problems with the supply of talented people who work at companies that would love to be able to help them if they only knew.

“I don’t think there are enough people matching those two sides of the equation.

“We don’t have to abdicate all responsibility to these massive organisations, so in that sense I think it’s a shared responsibility.”