Aged just 28, Dani Saveker became the first woman to take charge of her family’s manufacturing business. After the recession forced its closure, she began giving family-run business advice – but, as she tells Dan Robinson, her own lessons in leadership can be passed on to any company 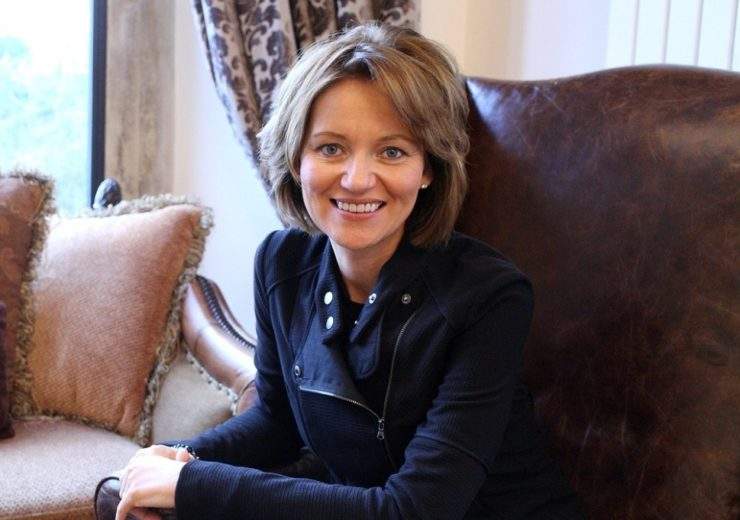 It aims to equip people with structures and language to give them empowerment in their lives, businesses and relationships

The date 10 March 2009 is one that will forever be imprinted on Dani Saveker’s psyche.

For years, it was probably the worst day of her life. Now, she considers it one of the best.

Having become the first female to take over the family metal-bashing business aged just 28, she found herself stood on the shop floor informing staff its 106-year lifespan was coming to an end as it faced up to the realities of a crippling global recession.

“I was a tough cookie – I’d been a single mum – but no one prepares you for going through that kind of thing,” recalls Dani, now 46.

“I remember thinking ‘this is one of the worst days of my life’, but I now look at it as one of the best.”

“It’s allowed me to go away and really dig into the dynamics of human behaviour and the concept of what’s become known as GLAS (Global Life Alignment System) – a framework for creating a structure in lives, businesses and relationships.

“I realise that in a family business, there’s no such thing as a work-life balance. There’s life and some of it’s spend at home and some is spent in a business, but both with family.

“The separation of different parts of our lives is a nonsense. What’s more important is to refine a life in balance.”

Growing up, most of her close relatives were involved in T Saveker and Sons, in Sutton Coldfield, a family-owned manufacturing company for shop fittings and architectural metal work founded by her great-grandfather in 1903.

Typically, the eldest son would succeed each CEO and it never occurred to Dani she would ever have the responsibility, particularly as her connection to the company was through her mother’s side of the family.

Her only link was when visiting her grandfather at the factory during summer holidays, where the closest she came to being an employee was helping to put screws in bags.

Clearly it rubbed off on her though because, as an undergraduate at Teesside University, she was the only girl on her product design course – which was actually titled industrial design when she started.

She recalls: “A lot of the lads were into automotive design but my interest was in how it blended in with marketing, so a lot of the focus was on the psychological aspect of understanding your market.”

After graduation, she took on a temporary job for T Saveker to design high-end retractable barriers used for queueing in 1995.

Her product was used in Matalan, River Island and Selfridges, and her name was etched into it – offering an “enormous sense of pride” at seeing her first design come to life.

Dani would also create a sliding door track and door handles, and before she knew it she was a part of the fabric just like her cousins, aunties and uncles.

“In family businesses, it’s commonplace that the holidays are when people get involved,” she says.

“Many people who go into a family business like me didn’t intend to join – they just helped out and didn’t leave.”

Not that she had much respect among the workers at first, as she realised being young, female and part of the family tree were the three worst possible traits if she wanted to have some clout.

It could have easily broken her but instead she was forced to learn quickly how to navigate an environment working alongside men who had left school at 14 and been with the company for sometimes half a decade.

“I ended up welding and polishing – all the physical tasks,” recalls Dani. “I learned to do the skill set to put me in a good place in the business.

“It allowed me to carve my own way because, being female, they didn’t know where to put me.”

There were also unions she had to contend with but, above all else, Dani found the biggest issue was dealing with her own family when restructuring the shop floor to make cost savings and modernise.

“It was a challenge trying to navigate their traditional mindsets and trying to get people to adapt to things like health and safety, and efficiencies,” says Dani.

“What I thought were normal things were revolutionary on the shop floor.”

Family tensions came to a head in 2003 when her cousin Martin Saveker, who was fourth generation CEO, and their uncle – who had been sales director for 40 years – clashed over a business opportunity and the cousin’s parents decided to sell the company.

What happened next shocked even Dani.

“My uncle was throwing up at the thought of this and my poor cousin was leaning on his knuckle in his office, saying he couldn’t do this anymore.

“His wife was poorly with ME and they had young children.

“I have no idea where these words came from but I said ‘why don’t I buy the business?’

“He was as shocked as I was to hear those words.”

Dani, aged 28 at the time, came up with a business plan that involved making her sales director uncle and his son redundant – a decision that resulted in a fall-out still unresolved today – and completed a management buyout, with Martin moving from CEO to chairman.

Dealing with a major fire and recession

Things could not have got off to a worse start as, just eight months after the takeover was completed in April 2004, the 60,000 sq ft Savekers factory was caught in a huge blaze that required 15 fire engines and 80 firefighters to attend the scene after plating line thermometers failed.

The roof was badly damaged and workers ended up wearing hard hats during snow while it was being replaced, but the company showed resilience to recover.

That was until the global recession of 2008, which badly impacted on its main markets of retail and construction.

Dani admits the changes she had made in the business probably came too late and the recession was the most aggressive she had ever encountered – arriving at a time when the market was also shifting away from British-made and towards Chinese imports.

Her firm was put on “life support” with a bridge loan that enabled it to pay wages in December 2008, but on 10 March 2009, time was finally up for Savekers after 106 years.

Dani says: “I stood in front of the workforce in the same spot where a few years earlier I’d been announced as the new CEO and said, ‘on behalf of my great-grandfather and my whole family, there’s nothing we can do. We’re closing the business for the last time.’

“It’s one of the most horrible things I’ve ever had to do, it was heartbreaking and I had tears in my eyes.

“I felt a sense of duty, knowing we had so many family members and other people’s families who worked for us.”

Dani spent a few more months overseeing the wind-up of Savekers – which at its 1970s and 1980s peak employed 120 people and had a circa-£5m turnover during Dani’s time – as about 60% of the workforce was made redundant by the administrators.

The remaining 22 were retained by a company that bought part of the business.

Dani took some time out after leaving before deciding to put what she had learned during her four years as CEO into action by offering family-run business advice as a consultant.

Three-quarters of the UK’s businesses and 90% of the world’s companies are family-run, she says.

These aren’t just confined to small firms, either, and includes many household names – Bacardi, LG, Dell, Walmart, Ford and Volkswagen are a few that spring to mind.

“What I found in family businesses is there’s a lot of pretending – not having the right conversations at the right time,” says Dani, who created a new company called Families in Business for this work.

“Our business was probably already struggling when I took over even though I didn’t understand that.

“We were so focused internally on the dynamics of our family and the people that we didn’t see what was happening in the outside world. People weren’t able to change quickly enough.

“One of the great things in a family business is you can make very quick decisions but one of the problems is they’re very conservative so too sometimes too slow to react.”

In the background, Dani also spent three years developing the GLAS framework that launched in 2015.

It is designed to be delivered in a number of ways to suit different needs and is split into ten steps with five key areas, all aimed a creating a structure within people’s lives, businesses and relationships.

Dani came up with five different leadership styles she believes work best in any company.

They involve personalities such as showing or offering kindness rather judgement, hope rather than fear, choice rather than control, passion rather than emptiness, and gifts rather than being helpless.

She has also created a checklist of things business leaders should keep in mind, such as looking after their health and wellbeing, considering how their relationships with others and having a purpose beyond just making money.

“Very often, people are only focused on what they do, not who they are,” observes Dani.

“Entrepreneurs can be successful in business but completely lost in their own lives. They have money and power, but not fulfilment.

“Increasingly, I’ve seen an epidemic of people who are caught, overwhelmed, overloaded, lost and confused.

“GLAS provides a structure and language for them to understand what’s going on so they can create processes and move forward with a sense of empowerment.”

Dani has business clients across the UK, US, Canada and Australia using GLAS, and trains four licence holders that use the framework to educate others.

But it has a wider impact – aimed at anyone from entrepreneurs and corporates to schools and sports teams – and about 2,000 people have now gone through GLAS over the past three years.

Dani admits the reason she first came up with the framework was to make herself feel better as she went through a period of self-harming due to the guilt at closing the business and family tensions.

At home, she uses it to improve how she communicates with her husband Will, who she married in 2006, by speaking for 15 minutes each day about how they feel.

“The whole world needs GLAS,” insists Dani, who has children aged 11, 18 and 20. “We have an epidemic in terms of mental health.

“People feel lonely and lost, and want meaningful connections. However, not everyone is open and ready to do anything about it.

“We really want to focus on the people who are ready to take responsibility for the lives they want to live.”

One of the traits GLAS encourages is kindness, which Dani exemplified when she carried out an act of random kindness for 1,000 consecutive days – and launched a worldwide “Inspire Kindness Movement” in September to encourage others to follow suit.

She adds: “I believe it’s important not just to make a package to sell, but to inspire, so my way of doing that is to stand by it.”

While standing on that shop floor almost a decade ago in tears, Dani would never have realised what her experience would lead to.