Courtney Wood: What The Apprentice finalist did next after being spurned by Lord Sugar 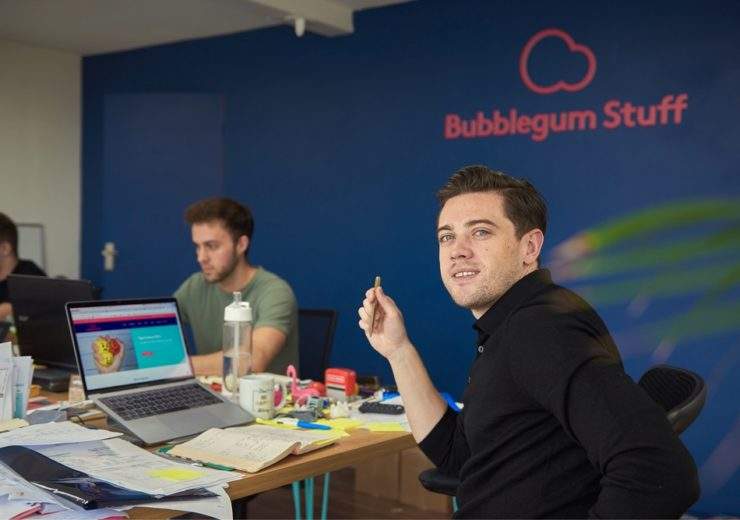 Despite being told by Lord Alan Sugar that he would never turn a profit designing novelty gifts, The Apprentice’s 2016 finalist Courtney Wood has gone on to do just that.

The 31-year-old’s novelty gift company Bubblegum Stuff has gone on to prosper since his appearance on the BBC One TV show.

Speaking ahead of the new series, which starts tomorrow (4 October), Courtney said that since the 12th series in which he finished runner-up, he has felt more determined than ever to make his business a success and received interest from multiple investors.

“Being shunned by Lord Sugar in the boardroom has made me determined to prove to him wrong,” he said.

“He told me that I would never make money designing and selling novelty gifts.

“However, this year, with over 20 new products hitting the shelves on the high street, I believe that he may now be questioning his decision.

“I’m on course for a very successful year and as much as I would have liked to have won The Apprentice, I do hold the advantage that I don’t have to split my profits with Lord Sugar.

“Since the show, I’ve turned down multiple offers from investors and I still own 100% of the business.”

Courtney set up Bubblegum Stuff in 2013, while living in Hong Kong, before returning to the UK and applying for a £10,000 loan from Start-up Loans – a subsidiary of the British Business Bank that provides finance and support for young firms.

The business sells everything from flamingo champagne flutes to space rocket baby bottles, and used the initial funds for product development and marketing.

Now, it is expecting to turn over £250,000 by the end of 2018, and has signed deals with various retailers including Urban Outfitters, Paperchase and River Island, in addition to expanding to the US.

Start-up Loans was set up in 2012, and has since lent more than 58,000 loans totalling over £440m to start-ups and early stage businesses across the UK.

A Start-up Loans spokesman said: “It’s absolutely fantastic to hear that Courtney wasn’t discouraged by his encounter with Lord Sugar in the boardroom.

“We’re here to help and support anyone with an ambition to set up their own business, wherever you are in the UK.”