Has China’s economic development slowed or is it just changing its priorities?

Economic development in China has slowed to its lowest rate in three decades amid changing industry demands and a volatile trade war with the US - but there's more to the story than raw numbers, as Felix Todd reports 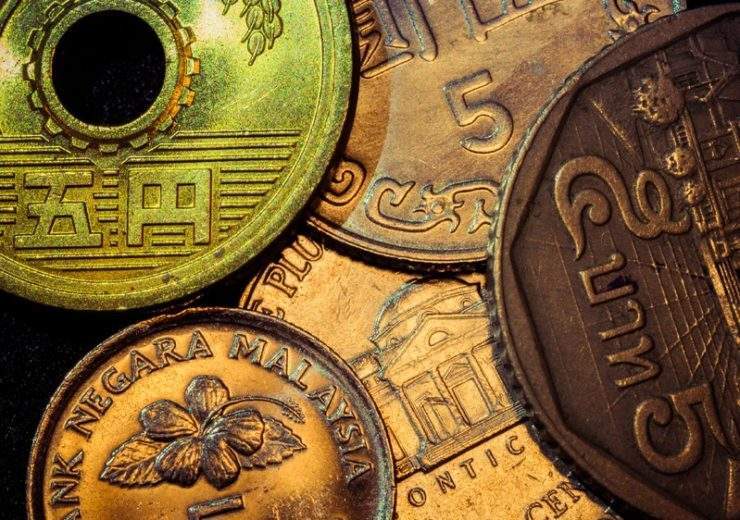 There’s a lot of doom and gloom concerning economic development in China after the country had a particularly slow year of growth in 2018 by its own lofty standards – but is it too soon to be sounding the alarm bells?

Since 1978, when then-Chinese leader Deng Xiaoping initiated a plethora of economic policy reforms to drive foreign investment and growth in the communist state, its financial might has surpassed all others except the US, to which it remains second on the world stage – for now.

But with last year’s expansion reaching just 6.6% – the lowest since 1990 – there are those who feel its golden age has come and gone, while others predict this is but the start of another prodigious chapter in the country’s centuries-long history.

“China is trying to find a new economic growth model based less on foreign investment and old processing industries like manufacturing, oil and steel.

“Instead, they are moving towards a kind of growth model that’s more tech-driven, and focused on innovation and high value.

“This means we have to look at the quality of the growth in the country to get a clear picture of what’s going on, rather than just the blunt numbers.”

Economic development in China since 1978

Mr Xiaoping’s transformation of his nation’s economic framework from being centrally planned and focused on exports to having more open market principles has paid huge dividends over the past four decades.

Dr Dent explains: “It’s important to remember that China has a long history – it has always been one of the largest trading hubs in the world.

“So when it opened up its economy in 1978, the influx of foreign investment was met with a culture that was ready to grow economically.

“Particularly in southern China, there is such a strong work ethic and an entrepreneurial spirit that made it perfect for growth – the people there have an enterprising mindset.”

An extraordinary wealth of both human and natural resources have helped it become the largest manufacturer and exporter of goods in the world, accounting for a fifth of all global trade.

“It’s true that heavy state intervention remains a key part of the Chinese economic system but, by becoming more open, it has been forced to liberalise as well,” adds Dr Dent.

“The new capitalist culture clashes with the communist system there all the time but it doesn’t seem to have dented economic progress.”

The economy in China expanded by 6.6% in 2018, the lowest rate in three decades and well short of the 10% mark that it had been hitting periodically since Xiaoping’s reforms came into force.

Last year saw the Shanghai Stock Exchange lose a quarter of its value, while the country’s retail sales expanded at their slowest rate in 15 years and car sales fell for the first time since the turn of the millennium.

Global demand for many of China’s historically strong markets, like manufacturing, is also falling, which has also contributed to a slump that’s caused Chinese state borrowing to reach almost three-times the nation’s annual income.

Observing the phenomenon in an article for East Asia Forum, prominent Chinese analyst Yu Yongding writes: “Two engines have driven the Chinese economy for decades – fixed asset investment [investment in physical assets such as machinery, land and buildings] and exports.

Chinese consumer spending appears to be down in most industries, as well, with Apple CEO Tim Cook blaming the country, specifically, for his firm’s recently diminished revenue.

The 58-year-old also said the ongoing trade war between the US and China is playing a role in this regard.

The importance of US vs China trade war

On 3 April 2018, Trump released a list of 1,300 Chinese exports worth a total of about $50bn (£37.6bn) – including everything from flat-screen TVs to medical equipment – that he reportedly plans to place a 25% tariff on.

The move was an unsubtle retaliation for China’s alleged regulation requiring US businesses to hand over their technology to Chinese companies before they are allowed to trade with them – or what Trump called the theft of American intellectual property.

The next day, the Chinese government responded in kind by compiling its own list of US exports on which it intends to impose its own 25% tariffs.

If the world’s top two economies can’t come to an agreement by then, the US plans to raise tariffs from 10% to 25% on $200bn (£152bn) worth of Chinese imports, which would surely provoke a reaction of comparable scope.

Should that happen, it won’t do much to restore the rapid Chinese growth rate of the past 40 years, and it will likely have repercussions for the global economy, as well.

Despite the widespread consternation expressed many countries – except, it seems, for China – Dr Dent doubts whether the Chinese economic engine is actually slowing and instead argues it’s simply changing its priorities.

“Now China’s economy isn’t growing at 10% every year – it’s more like 7% – people are starting to panic and some think it’s beginning to struggle,” he explains.

“But I don’t think this is the case. The thing with looking at economic growth in a quantitative way is that after a few decades, it becomes irrelevant because countries just can’t expand economically any more at the same rate.

“This is true of any place in the world – so China has just hit its wall in that sense – but really it’s still growing, it’s just that we need to measure it in a more qualitative way.”

Tracing China’s investment patterns over the past two decades reveals a gradually heightened focus on the research and development (R&D) of technological innovations and advances in areas like renewable energy and electric vehicles.

The country’s tech R&D investment has been second only to the US since 2005, while it also installed 52 gigawatts of solar energy in 2017 – more than America’s entire capacity at that time.

Such is the scale of its ambition for clean energy, China has now increased its 2030 target for the share of electricity generation to be produced by renewables from 20% to 35%.

Dr Dent says: “I for one am glad China is not posting the same numbers it has been because much of its growth in the 1980s and 1990s was due to the rapid expansion of fossil fuel and nuclear industries, which are literally killing people in the country because of the pollution they create.

“Now there’s much more of a focus on technology in sectors like renewable energy, it’s a much higher quality of growth even if it looks like there’s less of it on the surface.”

Whether the 6.6% 2018 Chinese growth rate is actually an indication of a waning economy or not, it still outclassed its nearest rival by some distance, with the US growing by 3.5% last year.

Indeed, if China was to continue growing at what has been labelled a slow growth rate at 6.6%, experts predict it would still overtake America and become the world’s largest economy as soon as 2030.