Smart cities were a hot topic in 2018 and this year, many countries will be looking to make them a reality. Felix Todd speaks to Todd Asher, of non-profit consultancy Bloomberg Associates, about why the role of a municipal Chief Digital Officer holds the key 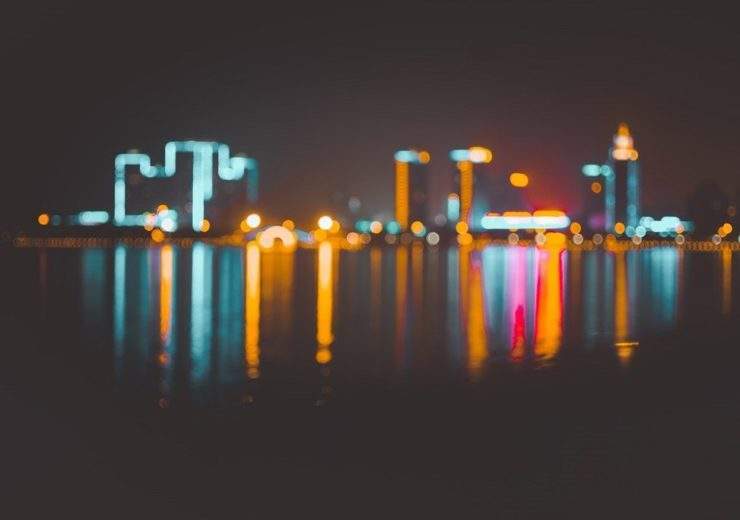 Automated traffic lights, street lamps that can gather data and sensors to help limit pollution – this is the vision of a smart city.

As technology grows more sophisticated, the idea of using it to enable a better standard of living for people in urban areas becomes more feasible, but many challenges remain in the way.

One of the most pressing is the logistical nightmare posed by digitally transforming a city, from co-ordinating both the public and private sector to planning and implementing entirely new layers of technological infrastructure.

Pro-bono consultancy Bloomberg Associates believes one of the ways in which government can overcome this hurdle is hiring a Chief Digital Officer – someone to oversee the digital transition.

The organisation has worked with cities including New York, Rio de Janeiro, Athens and London to create such positions in recent years.

Deputy principal for media and technology Todd Asher speaks to Compelo about how this role can prove pivotal, as well as the smart city concept on a global scale and what his organisation has done to further its progress.

What is the role of a Chief Digital Officer and why is it important?

We have found that creating a position of Chief Digital Officer allows a city a centre of gravity to address internally how it utilises these technologies and externally how it promotes these services to make itself a truly digital city.

The role varies from city to city. Some are advocates and agents of change, some fill roles of co-ordination to ensure that complicated digital infrastructure projects get accomplished but all of them act as centres of gravity for an increasingly large portfolio of digital programmes.

The Chief Digital Officer is a point of contact for city government employees, who can number in the hundreds of thousands, and for the private sector and start up communities who often aren’t sure how to connect with city governments.

How else is Bloomberg Associates helping to digitally reform cities?

Supporting a true transition to digital goes beyond infrastructure to leadership. Most cities around the world have internet access and email but very few have aligned their training, processes and management around this new way of delivering service.

In order to support and grow the tech sector – and therefore jobs and economic development – in a city, you have to understand private sector needs and how they can benefit the city.

We worked with Mayor Kaminis and Chief Digital Officer Habidis to create the Athens Digital Council and invited regional CEOs from major international and domestic tech companies and universities to provide guidance, feedback and support to the city.

The council is currently comprised of companies with household names like Google, Microsoft, Accenture and many others.

How close are we to having truly smart cities?

The idea of the smart city is heavily debated and few cities are there yet. Singapore is ahead in many ways but western cities are trying to advance quickly.

Much of this activity revolves around installing sensors around the city on things like bins, buses and lamps but it also means looking at new forms of transportation, charging stations and solar-powered devices.

You see examples of these in every major city and many are managing these complex systems increasingly well.

Cities are taking the opportunity to learn directly from one another and they are looking for models that they can bring into their city at minimal expense and with maximum impact.

Tell us about Bloomberg Associates’ work in Athens?

Athens has faced a lot of difficult challenges over the past few years.

Mayor Kaminis and his team have been working closely with several Bloomberg Associates disciplines to find solutions and invest in Athens’ future.

The Bloomberg Associates digital strategies team began our work by discussing the opportunity to create a Chief Digital Officer for Athens.

The Mayor was aware of our work in New York, where we created the first ever municipal Chief Digital Officer in 2011 and a digital strategy for the entire city.

Mayor Kaminis wanted the City of Athens to leverage technology to better serve residents and to become a destination for start-ups in Europe.

The Mayor appointed Konstantinos (Kostas) Habidis to the position of Chief Digital Officer in 2017.

We worked with Kostas to identify priorities, resources and partners, and to create the city’s digital strategy, the Athens Digital Roadmap.

Many successes have resulted from the Roadmap, including the Athens Digital Lab, a city-wide digital parking payment system, free public WiFi and digital training for students, with support from Microsoft.

Many other digital improvements to public space are due to be announced soon and will have a very positive effect on the city.

The 2019 version of the Roadmap will be released this year, outlining these successes as well as additional goals and projects.

What is the Athens Digital Lab?

The Athens Digital Lab was designed to be a physical space where the city, the public tech sector and start-ups could come together to solve urban challenges in Athens.

The lab is supported by SNF, Nokia and Cosmote. Collectively they are providing financial and in-kind support. Nokia is looking to operationalise developments made by local start-ups.

Athens will be able to enjoy these at no cost and Nokia can take these solutions to the global market.

This is a win for all parties, including the residents of Athens. The lab is just graduating its first cohort of start-ups and will be making a call soon for a larger group to come incubate at the lab.

Which other cities have you worked with?

We have worked formally in Los Angeles, Mexico City, Rio de Janeiro, Oakland, Kansas City, Houston, London, Paris and Milan. Each of these cities is unique but many of their challenges are not.

Government structure is one noticeable difference. The five boroughs of New York City are a united system under the Mayor.

In Paris, the Mayor is directly elected by the public, but so are her deputy mayors – sometimes of differing political parties.

Additionally, there are 20 other mayors for each of the arrondissements (districts) of the city.

London has 32 boroughs, where most of the direct service to residents is delivered.

The Greater London Authority (GLA) is London’s City Hall, which is a policy and planning body and runs the city’s vast transportation network.

Beyond these structural differences, cities have very similar circumstances. Cities are incredibly complicated and public servants must meet significant requirements in the execution of their roles.

Most of the cities we’ve worked in are growing rapidly and all of them are trying to deliver better, more efficient services.

How does Bloomberg Associates identify the cities most in need of its support?

We are entering our sixth year of operation as a non-profit and we have developed deep networks in cities around the world.

Sometimes we proactively reach out to cities where we think we can be helpful and bring expertise to them from a global portfolio, but in most cases mayors hear about our work and reach out directly to us.

We typically work with cities with a population of 500,000 residents or more and co-create solutions that align with that city’s priorities and opportunities.

We set mutual goals and deadlines to ensure we know what success looks like.