CEO of Liverpool FC, Peter Moore, has experience of working as the head of Xbox and EA, but was tempted to move away from the world of virtual to real-life sport after being called upon by his boyhood football club. He speaks to Sam Forsdick about his career and role at the Premier League club 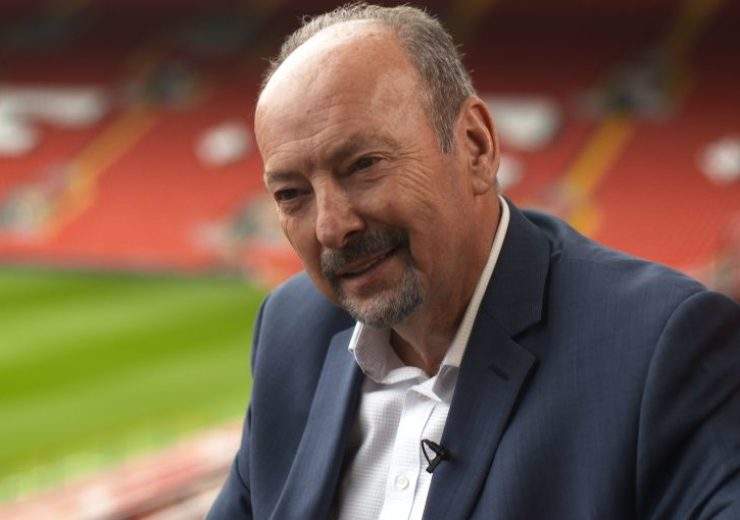 As the CEO of Liverpool FC, Peter Moore’s actions have an impact on an estimated 771 million global fans.

The focus for anyone at the helm of a sports team is what happens on the field, of course, but keeping supporters – who translate as customers in the cold reality of business – engaged plays an important role.

And like any other industry, Moore believes football is entering a “brave new world” as technology changes the way clubs interact with fans.

“I believe we are the biggest club in the world,” he says.

“People may challenge me with Barcelona, Real Madrid or Bayern Munich, but I think the depth of history and the passion makes us unique.

“Our fanbase is unprecedented and our ability to interact with them, understand where they are, what they want and add value to their experience can only be achieved through technology.”

Like many Premier League clubs, Liverpool is owned by overseas investors in the US-based Fenway Sports Group.

But unlike a lot of the 20 teams in England’s top division, they have a local lad running the day-to-day operations as CEO.

Moore grew up in Scotland Road, a 25-minute walk from the club’s Anfield stadium, and remembers paying ten shillings and six pence to go through the turnstile on a Saturday afternoon as a young boy.

He left the UK in 1980, returning only to watch games at Anfield, and claims the top position at Liverpool was the only job he would have returned to the country for.

One of the primary reasons he was identified for the role by Fenway was his extensive experience with numerous high-profile technology companies.

He resigned from EA in February 2017 and became CEO of Liverpool FC four months later, taking over from Ian Ayre.

Comparing the two roles, Moore says: “The bad news for the football industry in England, and at Liverpool specifically, is how far behind other industries it is in terms of using tech.

“There’s a big opportunity to use tech to catch up to the gaming world, where I’m used to managing video game customers who are notoriously outspoken, demand transparency and are technically savvy.”

In order to modernise the football club, it created Fan Connect, a digital forum that allows Liverpool supporters to communicate directly with the club and have a say on issues such as ticket prices, ticket availability, and diversity and inclusion at the club.

The club also has its own television studio based in the city’s Chapel Street, which produce 24/7 content, from player interviews to behind-the-scenes clips and pre-game build-up, for its “always-on” fan base.

Its latest commercial partnership with Canadian firm Mitel as the official business communications partner is another significant step towards creating a more tech-savvy operation.

The cloud-based communication and cloud platform personalises the customer experience so fans contacting the club for anything from ordering tickets to finding out injury news can get the information they need quicker – while the 850 permanent and 2,500 match day staff are better connected.

It also collects data from supporters, something that’s key to creating an engaged audience, according to Moore.

“If I can’t cookie you, if I can’t contact you or see your behaviour after clicking off the video, then we can’t improve.

“From experience with EA, we found that within the first two seconds you needed to show an explosion or – if it’s a FIFA video – a goal, because the drop-off rate of engagement would be immense.

“Having the data to back that up and having the technology back-bone is crucial.”

He says the Fan Connect platform and the club’s data analysis platform Nucleus allow the club to “get to know the customer better” – to understand who they are, where they live and who their favourite player is.

Why Liverpool fans are important to the club

The fans are the crux of everything Moore does as CEO of Liverpool and he explains why looking after them creates a “virtuous cycle”.

“What you see on the pitch is a result of work that goes on behind the scenes to generate revenue and create efficiency,” he says.

“I’ve always seen it as a funnel where you acquire as many fans as you can, then engage them as deeply as you can.

In the past two transfer windows, Liverpool have broken the transfer record for a defender, spending £75m on Dutch centre-back Virgil Van Dijk, and the record for a goalkeeper when they spent £66.8m on the Brazil international Alisson Becker.

Moore says: “It’s not a question of collecting pound coins at the turnstiles anymore – it’s about big deals and global partners that not only bring revenue in but make you more efficient as a football club.”

As part of the club’s move towards digital, it is creating a tech-savvy workforce by employing “digital natives” and younger employees “that don’t remember fax machines”.

Moore says: “This is the modern LFC employee and this concept has been embraced by our existing employees too, who are learning new skills as part of our Fan Connect mentality.”

More recently, Moore has seen his career come full circle with the rapid uptake of eSports, where the world of sport and video games collide.

Forbes predicts that the total revenue of eSports – competitive video-gaming – could exceed $900m (£700m) by the end of the year.

Liverpool FC will be venturing into the world of eSports in December through the inaugural ePremier League.

The virtual competition sees two representatives from each of the 20 Premier League clubs play in competitive tournaments of the football video game FIFA.

Moore says: “It’s something we are huge fans of.

“More and more, I’m seeing EA bring FIFA to the fore with legitimate eSports competitions and start to create icons within that game.”

He believes it allows the sport to reconnect with a generation that “has a different view of sports”.

“The idea of sitting on the couch for an hour and a half to watch a football game is no longer an option for the next generation,” says Moore.

“They want to watch Twitch streams, and have their favourite YouTubers and video on demand.

“It’s a different generation and eSports gives us a platform to communicate with them because, right now, traditional sports aren’t.”

America’s National Football League is one such sport experiencing the negative effects of this at the moment.

Moore says: “An NFL game lasts three-and-a-half hours and your average 14-year-old in the US won’t sit through that – it’s an on-demand generation.”

Another big issue Liverpool supporters face on a regular basis is the massive demand for match day tickets to see Jurgen Klopp’s side.

Moore claims the club can have as many as 150,000 people applying for the 10,000 available seats that aren’t already occupied by season ticket holders.

But virtual reality (VR) technology could provide a solution by allowing fans to get pitch-side without taking up space in the stadium.

“Through virtual reality, I can put on a headset and be in my seat listening to the Kop singing You’ll Never Walk Alone,” says Moore.

“I think that’s eventually where we go.

“Through VR, we can bring Anfield to the fans rather than them coming to Anfield.”