The 16,093km long broadband network will cover the entire state to deliver high-speed internet access to the millions of people who currently lack it 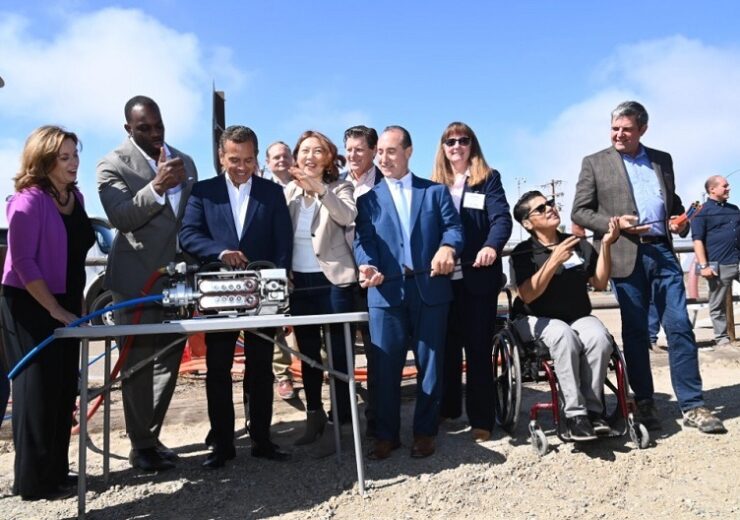 Newsom Administration officials at the launch of construction of the Middle Mile broadband network. (Credit: State of California)

The California government has started construction on the first leg of the $3.6bn Middle Mile broadband network, aimed at providing equitable high-speed broadband service to all parts of the American state.

According to the California government, the Middle Mile broadband network will be the largest of its kind in the US. It will span the entire state to deliver high-speed internet access to the millions of people who currently do not have it.

Around one in five Californians lack access to reliable as well as affordable high-speed internet, as per the state government.

California Governor Gavin Newsom said: “California is now one step closer to making the digital divide a thing of the past.

“We’re starting construction today to get affordable high-speed internet in every California home because livelihoods depend on equitable access to a reliable and fast internet connection. This is about ensuring that all Californians, no matter the zip code they call home, can be part of the Golden State’s thriving and diverse economy.”

The government said that once the Middle Mile broadband network is completed, funding of $2bn for “last mile” efforts will underpin internet connections from “middle mile” lines to residences and businesses. Furthermore, the funding will support efforts to make sure that individuals can afford broadband service where it is already available.

In 2021, Governor the signed legislation to allocate $6bn to ensuring broadband for all in California. This includes a loan loss reserve fund of $750m to strengthen the ability of local governments and nonprofits in obtaining financing for broadband infrastructure.