The secrets of e-commerce: How to build a successful online retail business

The Berlin-based e-commerce site Lesara is listed as one of Europe’s fastest growing tech start-ups - Alex Timlin explained how his company's philosophy helped it become such a successful brand. 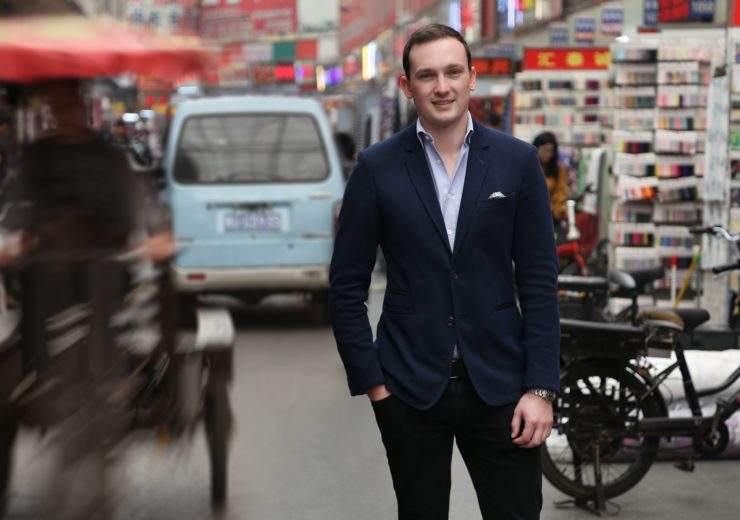 In 2017 online clothing company Lesara was awarded Deloitte’s Technology Fast 50 Award at a time when the successful online retail site was experiencing a rapid rate of growth at almost 72,000%.

The e-commerce site now claims to have over 10 million visitors every month with more than 80% of their visitors browsing on a mobile device or the Lesara app.

Speaking at Emarsys revolution event in London, vice president of client success Alex Timlin, who has worked closely with the e-retailers on their marketing, explained how the company has managed to expand into 23 countries in under four years.

Agility is a core philosophy that Alex reiterates throughout his talk.

“The key thing about disruption is looking at the companies that have been successful in the industry and how they can out-innovate these billion dollar businesses by being more agile,” he says.

“How do we think better, quicker, faster, and with more range than people who have more money than we do?”

The answer is speeding up your operation and being able to iterate quickly in order to stay ahead of the competition, according to Alex.

Looking to Lesara, he said: “When Lesara started out it was not the best funded business in the world, its valuation is based on its understanding of the market, its customers and how to offer something different for these people.

“Their entire culture is not based on thinking years in advance, it’s about thinking in terms of days, or weeks.

“The idea is that it’s better to move fast and break things along the way than to move at the same rate as your competitors.”

From idea to market in ten days

In order to achieve this Lesara sped up the process of taking product to market.

The company has cut the process of identifying a trend, producing a product and taking it to market from 12 months to two weeks.

By using data analytics it is able to spot the buying trends of customers instantly – seeing which products are popular and forecast future demand.

From that point design will begin and by day two production of samples will begin.

The sample will go through a quality check between day three and four while the factories continue to produce more of the product.

In-house photo-shoots will then happen while the product is shipped and sent to Lesara’s warehouses, arriving on day nine.

By day ten the product will go live on the Lesara website and be available for customers to buy.

One example Alex gave was when sales of unicorn slippers spiked, Lesara was able to bring other unicorn themed products, such as t-shirts and onesies to market much faster than its competitors.

Alex added: “If you think about that as your customer journey – from inspiration to wearing it, to never wearing it again takes four days.

“Your seven day clicktale analysis of Google adwords does not help you in this case at all. “Understanding your customers, their behaviours and habits and how they interact with you does.”#

For Lesara expansion didn’t just involve selling to more people but was also about expanding into different markets.

“What Lesara have done well is to replicate their business in different markets,” Alex said.

“But you need to understand that every market has its own nuances – even things like shipping and logistics are not necessarily the same in every market.”

He added: “It’s important to be aware of how your customers experience your brand no matter where they are in the world.”

Roman Kirsch, founder and CEO, said: “Lesara is so well received in the new markets, that even our high expectations have been exceeded.”

Lesara is now available in 23 countries but expansion is not always about improving sales figures.

In 2015 the company opened an office in Guangzhou, China with the sole purpose of being able to better source products and be closer to their international suppliers.

Speaking about the decision Alex said: “A big part of Sander Van Bladel’s role [marketing director at Lesara] from an exporting perspective was to figure out who’s actually making the goods that we’re selling to customers.

“They didn’t just want to buy through a trading partner they wanted to see the factory and understand their supply chain so they could look for efficiencies and the quality of the product.”

Another important feature of the Lesara brand that has made it outstrip its competitors in online retail is their use of customer data.

“Having a successful brand is all about being customer obsessed and data led,” Alex explained.

“It’s based on what their customers are doing not what they want them to do – these are two very different things.”

From looking at data to see what customers were buying and what the online retailers were stocking the Lesara team was able to identify a two categories that were underserved.

“The Martini brand and Reverse brand were designed and created from the ground up based on an understanding of customer data,” Alex said.

“The launch of the brands came from an understanding of the products, their customers’ behaviour and the data they had.”

The new brands are already proving a success and have been rolled out in 16 different countries.

He explains its data led approach essentially means that Lesara knows what their customers are going to buy before it’s even been made.

Combined with its agility in the production process, Lesara is able to carve out its competitive advantage and create a successful online retail business.