Buddhist business leaders have used the lessons of their religion to help them forge successful companies, including eBay and Alibaba 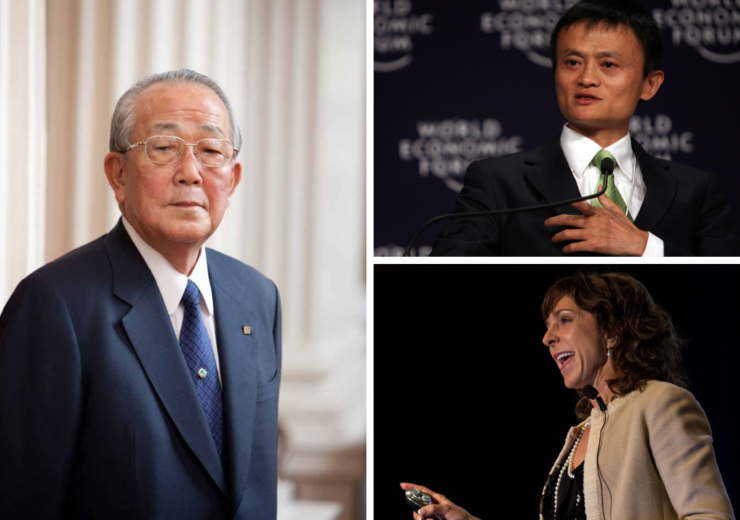 The hectic corporate environment isn’t one that seems compatible with the meditative doctrine of Buddhism, and yet a number of business leaders are proving the two can go hand in hand.

Much has been made of the benefits a more Buddhist approach can bring to business, with better intentions, greater mindfulness and inner harmony all supposedly conducive to prudent and pragmatic decision-making.

Trawl the internet and you’ll come across no shortage of maxims ostensibly promoting sound business reasoning and management, all of which can be traced back to the fourth largest religion in the world.

And with an estimated 488 million practitioners located across the globe, it’s no surprise many Buddhists have gone on to become business leaders in their own right – here we profile five of the most prominent.

In 1995, Pierre Omidyar – an avid follower of the Dalai Lama who was born in Paris to Iranian parents but has lived in the US most of his life – created the original code and web page that would eventually go on to become online auction site eBay.

Three years later, the company launched its initial public offering and he became a billionaire – though he is no longer CEO of the company and acts solely as chairman today.

The 47-year-old also operates the Omidyar Network – a philanthropic investment firm designed to harness the power of markets to create opportunity for people to improve their lives.

Established in 2004, it attempts to affect social and political change through investing in innovative organisations, with 992m euros (£892m) committed so far.

Japanese-born Kazuo Inamori is a Zen Buddhist priest, who was born in 1932 and graduated in 1955 from Kagoshima University.

His impressive list of business achievements include establishing the electronics behemoth Kyocera Corp in 1959, which had a revenue of $1.6tn (£1.3tn) last year, and creating Daini Denden (DDI) Corporation in 1984.

During his career, he also acted as CEO of Japan Airlines, assuming the role in 2010 when it entered bankruptcy protection.

The 86-year-old led the air carrier through its restructuring, eventually allowing the company to re-list on the Tokyo Stock Exchange in November 2012, and has been widely credited with masterminding its subsequent revival.

Mr Inamori is known for believing that taking care of a company’s employees and making sure they are happy is the most important aspect of business management.

He has also been an international advisor to Goldman Sachs and received the Othmer Gold Medal for contributions to progress in science and chemistry.

After dropping out of high school and becoming a model in New York City at 16, Christine Comaford became a Buddhist monk and continued practising the religion for seven years in to her early 20s.

The 56-year-old then went on to work for Microsoft in the 1980s as a coding engineer – a skill she took to several other tech firms including Apple, Oracle, Adobe, Lotus Systems.

In 1982, she founded First Professional Bank, before selling it to Union Bank, and then went on to launch consulting company Kuvera Associates.

This firm merged into Corporate Computing, another company founded by Ms Comaford in 1991.

In 2002, the Ms Comaford invested in Google, prior to its initial public offering.

Throughout the course of her career, she has served on the board of advisors or directors at more than 36 start-ups, while also being an angel investor or venture capitalist for over 200.

Jack Ma is a follower of both Buddhism and Taoism – a Chinese philosophy centred around humility.

He is the co-founder and executive chairman of Alibaba – a massive Chinese conglomerate that does everything from e-commerce and online auctioning to cloud computing and even social media.

In September 2014, it became one of the most valuable companies in the world when it raised $25bn (£20bn) in an initial public offering on the New York Stock Exchange –  the largest in US financial history.

It makes most of its revenue via advertising on its myriad of websites, and chooses not to charge listing fees.

Mr Ma claims his business life has been dedicated to improving the circumstances of those within China, and he’s said in the past he hopes to lift at least 300 million out of poverty.

His charismatic nature and talent for oration have led him to many public speaking roles at multiple high profile events, while he’s also been known to perform Elton John’s Can You Feel the Love Tonight? to his 66,000 employees.

Michael Dobbs-Higginson was born on a farm with no electricity in Southern Rhodesia – now Zimbabwe – in 1941.

His early life was crammed with globe-trotting and an eclectic range of occupations, including studying medicine and working as a newspaper photographer, glove salesman and logger.

The father-of-three also enrolled at a Buddhist monastery in Japan in his early 20s and was ordained shortly after before becoming a black belt in kendo – a samurai sword-fighting discipline.

Mr Dobbs-Higginson soon entered the world of business as an investment banker, rising through the ranks at Merril Lynch quickly to become chairman of its Asia Pacific department.

During his time with the company he convinced multiple Asian countries to open their own stock markets to foreign investors, while also serving as a financial adviser to the Liberian government and the African Development Bank.

The now-76-year-old remains involved in many business ventures, including the development of electric vehicles for Asia and a B2B e-commerce platform in Africa.

He has initiated various start-up business ventures – successfully and unsuccessfully – and is currently chairman and shareholder of three companies: developing electric vehicles, industrial electric drones and a B2B e-commerce platform for Africa.

With his French wife Marie-Thérèse, he has three grown-up children. He lives in Singapore, London and France.