BT chief executive steps down: The trials and tribulations of Gavin Patterson’s time at the helm

BT chief executive Gavin Patterson - the man behind the rise of BT Sport but who has courted criticism for failing to invest sufficiently in broadband improvements - has agreed to leave the UK telecoms giant a month after it announced a round of 13,000 job cuts 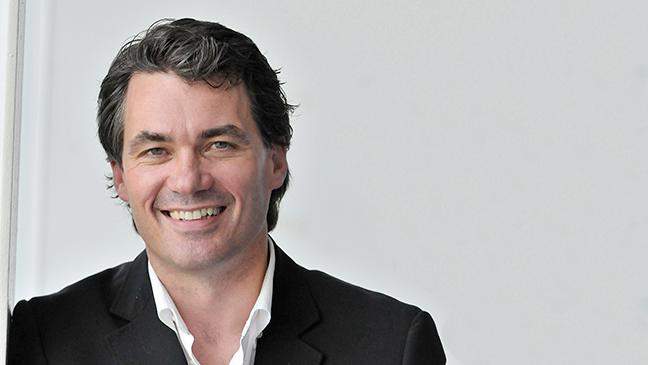 An undercurrent of change is circling around BT right now as chief executive Gavin Patterson announced he will step down later this year, having served at the company for 14 years.

The telecoms titan welcomed the decision, saying that a change of leadership was needed following the announcement of the company’s latest results.

Last month, BT revealed that it would be cutting 13,000 jobs and leaving its London HQ to save £1.5bn – triggering a big drop in the company’s share price.

BT chairman Jan du Plessis thanked Mr Patterson for his 14-year stint at the firm – including five years in the top job – and said the board was “fully supportive” of the strategy recently set out by the chief executive and his team.

“The broader reaction to our recent results announcement has, though, demonstrated to Gavin and me that there is a need for a change of leadership to deliver this strategy,” he added.

“While BT is a very demanding business, with multiple stakeholders, we do have significant opportunities ahead of us.”

Shortly after the planned job cuts were announced last month, BT said Patterson had been paid £2.3m in 2017 – a pay packet that included a £1.3m bonus.

BT said Patterson would still receive the pay set out in this year’s annual report, but would not benefit from the “incentive share plan reward” described in the document.

Mr Patterson said: “It’s been an honour to lead BT since 2013, and serve as a member of the Board for the last 10 years.

“BT is a great business and with the new management team I’ve recently put in place, is I believe very well positioned to thrive in the future.”

We look back at Mr Patterson’s 14 years at BT, a time in which the digital transformation of his business and the wider industry has been stark.

The early days and a “flashy” reputation

Gavin Patterson served as a marketer at consumer goods manufacturer Procter & Gamble – the owner of brands like Gillette, Head & Shoulders and Pampers – before becoming managing director at telecoms firm Telewest, which later merged with Virgin Media.

He left that job that job to join BT as managing director of its consumer division in 2004. During that time, he launched BT Vision, the on-demand TV service, and later optical fibre service BT Infinity.

Mr Patterson joined the board as chief executive of BT Retail just four years into his time at the firm, and was also said to be behind the £738m coup in which BT won the rights to show Premier League football in June 2012.

He arrived in the top job with a “flashy” reputation. A report in the Financial Times at the time said: “Ian used to say that one button undone was fine, two was a bit racy, and three was Gavin.”

Since his promotion to chief executive, views of Mr Patterson’s performance have been mixed.

The group and its fellow broadcast Sky spent a combined £4bn on the rights to broadcast 160 games between 2019 and 2022.

The telecoms giants an eye-watering combined sum £5.1bn on its last Premier League deal, getting just eight more games than they did this time around.

BT entered the Champions League market by blowing both Sky and ITV out of the water in 2013 with a £900m bid – more than double the previous value – to show Champions League football from 2015 to 2018 on its dedicated BT Sport channel.

It retained these rights for three more years until 2021 with a further £1.2bn deal.

But BT customers have complained about how the company has spent billions on football rights rather than focusing on the breadth and speed of its broadband coverage.

They also voiced opposition to a handful of price hikes against that backdrop of big deals, with the latest hike hitting some BT users in January.

The company also came in for criticism last year, when an accounting scandal in Italy ended up costing BT £225m in payouts.

BT recent announcement of 13,000 job cuts under his stewardship were part of plans to make savings to offset £3.7bn in planned investments in 5G infrastructure and fibre-to-the-premises (FTTP) connections.

How Gavin Patterson reflects on his time at BT

Speaking about his time at the top of BT, the 50-year-old Liverpudlian, who is also president of the Advertising Association, said: “Throughout that time I’ve been immensely proud of what we’ve achieved.

“In particular the transformation of the business in recent years with the launch of BT Sport, the purchase and integration of EE, and the agreement to create greater independence for Openreach.

“That, combined with the critical expansion of our superfast broadband network to 27m customers, and our stated ambition to reach 10m homes with ultrafast broadband by the mid-2020s have fundamentally repositioned the company.”