Whatever your political leanings concerning the UK's withdrawal from the EU may be, there's no denying Brexit has had a prodigious impact on the British economy and its business landscape. Two years since the referendum, Felix Todd looks at exactly what that impact has been 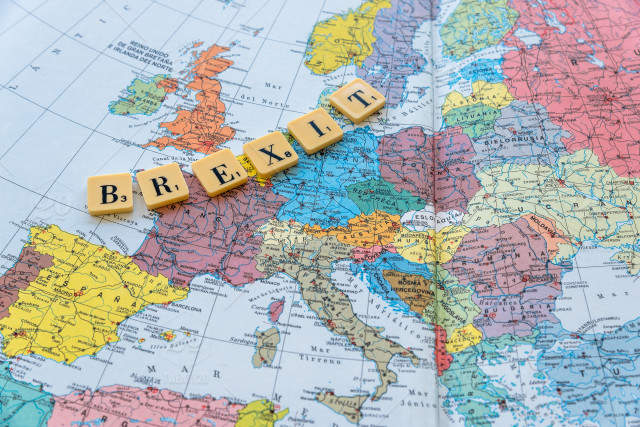 June 23, 2016 is a date stamped permanently into the consciousness of modern British politics – the day the UK voted for Brexit.

As we approach the two-year anniversary of the EU referendum tomorrow, the political discourse surrounding this seminal period in British history remains divisive.

From a business perspective in particular, you may well find just as many people who predict a golden age of economic freedom as those who fear obsolescence on the world stage.

Yet another chapter was written in the ongoing saga this week after MPs voted against an amendment to the EU withdrawal bill that would have seen backbenchers with more power to hold the Government to account.

But as momentum gathers for Brexit, so too does its effect on the economic ecosystem in the UK – both positive and negative.

Two years of economic uncertainty set against an invigorated national confidence have seen dramatic currency fluctuations, investment alterations, as well as massive impacts on companies large and small – with Airbus becoming the first major manufacturer to admit it is considering halting investment in the UK due to the economic uncertainty.

As the ostensible March 2019 withdrawal deadline draws nearer, we take a look at exactly what impact the continuing process of leaving the EU has had on the UK’s economy to date.

Brexit and the pound

During the referendum campaign, the then-Prime Minister David Cameron – along with many other “remain” proponents – predicted an immediate economic crisis should the UK vote to leave the EU, arguing the pound’s value would fall heavily.

They were right – at first – as the value of sterling did indeed drop 10% to a 31-year low on currency markets once news broke out globally that Britain would be becoming independent.

The FTSE 100 share index equated the sharp dip to a £100bn loss in shares in what was at the time referred to as a financial disaster on par with the collapse of Lehman Brothers in 2008.

In the following weeks, however, it stabilised at around 7% lower than it had been prior to the vote and has since regained its value against the dollar, though it remains 15% down against the euro compared to pre-referendum.

In January 2018, the pound reached its highest level since the referendum by equalling $1.3691 following reports that Spain and the Netherlands were positive about a soft Brexit.

Over the course of the last two years it’s the nation’s small and medium-sized enterprises (SMEs) that have performed the best.

The FTSE Small Cap index – which comprises smaller listed businesses – has recorded a 38% return on stock over the 24-month period as opposed to the FTSE 100’s 31%.

The majority of the country’s largest businesses have reacted negatively with public displays of disapproval varying in intensity.

For example, Vodafone warned it might move its headquarters out of the UK, while Lloyd’s of London cancelled a £9bn share placing plan.

And Jaguar Land Rover is planning new tariffs which will reduce its competitive edge and put jobs at risk, but HSBC ruled out moving its head office away from London despite considering it initially.

The automotive industry as a whole has been slated to suffer should the UK withdraw from the single market, which currently provides tariff-free trading with its European neighbours.

The industry currently employs 900,000 people across Britain but companies like Nissan have revealed a ‘no-deal’ Brexit could reduce that number – in its case due to the possible closure of its Sunderland plant, which has a 7,000-strong workforce.

Export businesses have been forced to raise their prices for the same reason.

In the year before the referendum, the UK exported £133bn worth of goods with other European member states, but the country is now expected to lose at least £4.5bn from this market each year following an official exit from the EU, should no new trade agreement be negotiated.

However, once Britain is independent, it will no longer have to pay £9bn annually toward the European Union budget.

The general consensus has so far been that the UK is not a significantly less attractive place in which to invest following its vote to leave two years ago.

According to a report by professional services company EY, that may well change soon, however.

From a survey of 440 foreign investors in March this year, it found that most still felt positively about UK investment for the moment, but by 2020 about 50% of foreign companies could move assets out of the country.

It also showed the level of uncertainly the referendum created amongst investors, indicating a fifth have changed their investment plans since 2016, with some increasing while others reduced or withheld their financial backing.

EY’s chief economist Mark Gregory said: “The findings demonstrate how difficult it is to predict the impact of Brexit.

“The main effects on growth are likely to be investors pausing projects and new investors staying away from the UK. But the position is complex.

“The UK consumer is clearly a valuable asset and some companies appear to be moving assets into the UK to ensure they can continue to access their customers after Brexit.

“Conversely, those with an export focus are moving assets out, anticipating changes to trading arrangements.”

Aerospace giant Airbus warned this week that it might reconsider investments in the UK, changing its long-term plans concerning its presence in the country and costing thousands of jobs.

The move comes as a direct result from the uncertainty over Brexit and whether or not the UK will secure a new deal if it leaves the single market and customs union.

It makes it the most recent major company to announce plans that could prove detrimental to Britain because of its impending independence.

Only time will tell, however, if it will follow through.

Much of the UK’s economic fate appears to rest on what kind of deal Prime Minister Theresa May can secure once the country is no longer part of the EU.