As the weather heats up, many workers will be looking to escape their stuffy offices and find a shaded outdoor space – here are five of the best office rooftop terraces 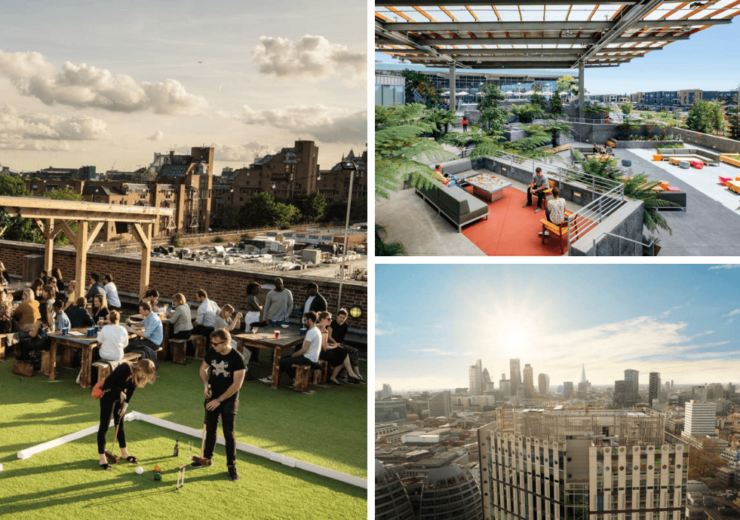 When the sun is shining, no one really wants to be peering at the bright blue sky through a window while trapped behind a desk. The best hope an office employee will have of enjoying summer at work is that their office is equipped with a rooftop terrace.

An outdoor space high above ground level, offering sweeping city views and a space to relax, is now one of the most sought-after features for office spaces.

There has been a 238% increase in businesses looking for roof terraces between 2017 and 2018, according to research from office rental platform Hubble.

Although an outdoor space to escape from the desk was top of the list of priorities for businesses, the number of offices that have one remain few and far between.

It follows a greater trend in improving the wellbeing and happiness of employees, with pet-friendly offices and on-site gyms also appearing high on the list of demands.

Hubble CEO Tushar Agarwal said: “In recent years, the everyday office has been completely reimagined as design becomes more important than ever and the facilities available increasingly impressive.

“Businesses are now very competitive when it comes to showing they can offer the best.

“We’re seeing everything from running tracks on office rooftops to breastfeeding rooms, allowing employees to maintain a work-life balance in a space that adapts to their needs.

“The enormous leap in the searches for roof terraces is part of this – and who wouldn’t jump at the chance to work outside when it’s sunny?”

Luxury goods and fashion brand Hermès has been headquartered in Paris for more than 180 years.

Its flagship store on the Rue Saint-Honoré, in the heart of Paris’ fashion district, is also home to one of the more impressive rooftop terraces.

Originally installed as a self-sufficient garden for workers to use during the German occupation in the Second World War, it is now used primarily for leisure.

Jean Claude Ellena, the head perfumer at Hermès says: “The garden, which is just above my office, is where I go to read or take breaks during the summertime.”

The garden grows roses, magnolias, lillies and an apple tree – the scents of which helped inspire the perfume Un Jardin sur le Toit, which literally translates to a “garden on the roof”.

The sprawling Silicon Valley campus was designed by leading architect Frank Gehry and features an amphitheatre, 15 art installations, salon, cafes and restaurants, and a “town square” – a sheltered green space.

The rooftop park has more than 200 trees, as well as meeting spaces, relaxation areas and views of San Francisco Bay.

It is suspected that CEO and founder Mark Zuckerberg, who is a keen hiker, was the one who proposed the expansive outdoor space for the company’s new HQ. 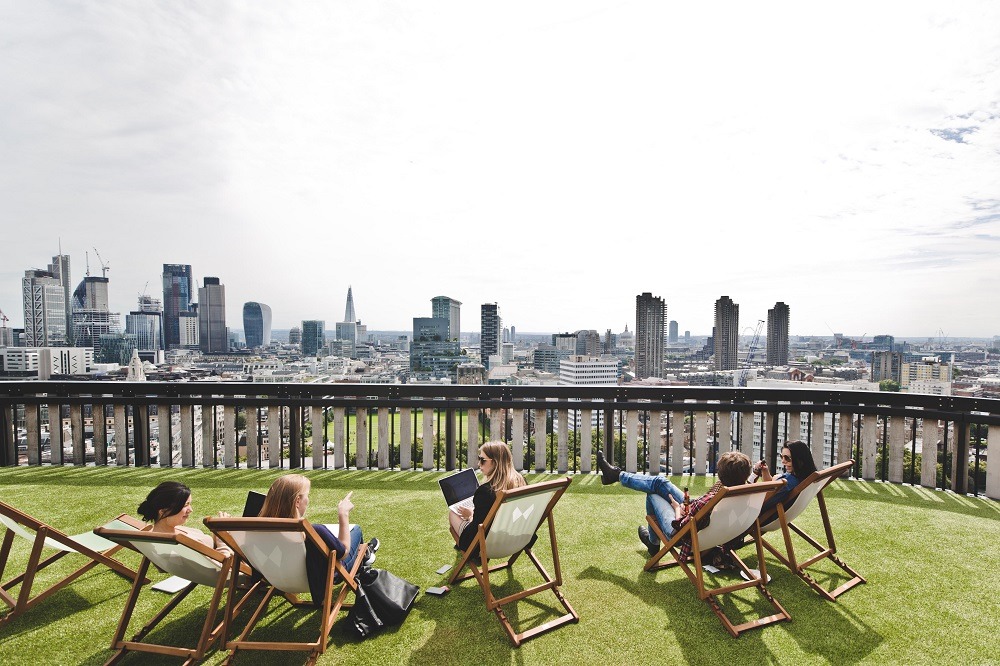 This Shoreditch office has a rooftop space 16 stories above street level.

The White Collar Factory, which hovers above the “Silicon Roundabout” tech hub in Old Street, is shared by a range of tenants.

Creative software firm Adobe, business content management software company Box and credit card company Capital One are among those with access to the roof facilities.

The rooftop terrace features a 150-metre running track and a pop-up café.

The Dock is another prime candidate for office envy in London.

Its rooftop terrace offers panoramic views of Tower Bridge and has a regular programme of events, including Yoga, croquet and networking sessions.

Downstairs, the co-working space is occupied by a diverse community of businesses and entrepreneurs from the events, marketing, tech and video game industries.

Australian online property platform Domain Group is headquartered in Sydney, and its offices also come complete with a rooftop terrace.

The south-facing roof is located to maximise the amount of sunlight it gets – and what Aussie garden is complete without a barbecue?

The rooftop BBQ space has been dubbed the “sausage sizzler” by employees, who regularly use the deck to escape the office.