Who is Bernard Looney? Profiling the new CEO of BP with a ‘modern’ leadership outlook

Ahead of the Irishman's first day as the new boss of BP, Greenpeace activists held a solar panel protest outside the oil and gas firm's London HQ 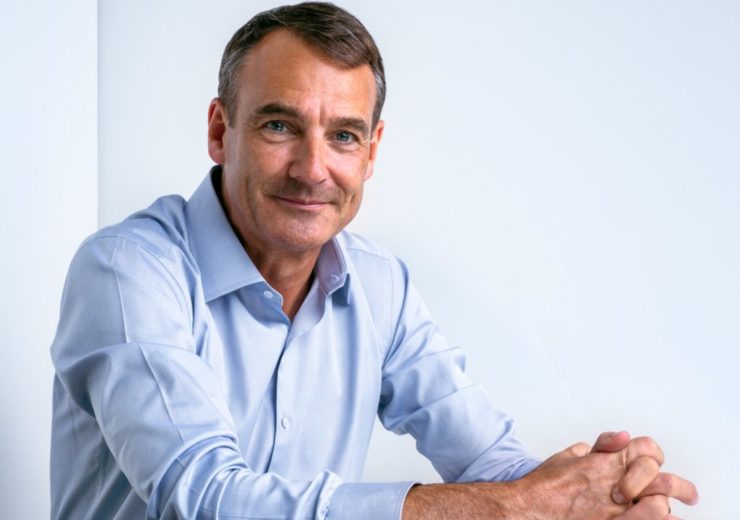 After almost three decades working at BP, Bernard Looney has taken on the top job as CEO of the Big Oil company.

It wasn’t the easiest of starts as he faced protests from environmental activists outside its London headquarters and will be charged with navigating the world’s fifth largest oil company by revenue through a global transition towards cleaner energy sources.

NS Energy takes a closer look at the man in the hotseat – who has even set up his own Instagram account as he attempts to modernise BP.

Who is Bernard Looney? From a family farm in Ireland to BP exec

Born in County Kerry and raised on a dairy farm as one of five children, Looney was the first person in his family to go to university.

In 1991, he joined BP as a drilling engineer and worked in operational roles in the North Sea, Vietnam and Gulf of Mexico – where he worked on the discovery of Thunder Horse, a major offshore oil field about 150 miles (240km) south-east of New Orleans.

📷 As I get set for the first day of my new job, this is another start that sticks with me – my first day at BP! My brother took this picture of me back in 1991 signing my acceptance letter to join the company. It’s led to an incredibly fulfilling career and some of my happiest memories, from Aberdeen to Alaska. I can promise you my fashion sense has changed as much as the computers! 😂 #TBT #throwbackthursday

Since 2002, Looney has risen up the leadership ranks in a variety of roles. After a stint as BP Alaska’s senior vice-president, in 2006 he was appointed head of the group chief executive’s office, where he worked directly for CEOs John Browne and Tony Hayward.

While managing director of BP North Sea, he was redeployed to the Gulf of Mexico to help stop the millions of barrels of crude oil that were spilling into the sea following the 2010 Deepwater Horizon rig explosion.

The disaster is considered to be the largest marine oil spill in the petroleum industry’s history, killing 11 people, injuring 17 others and resulting in a record $18.7bn US government fine for BP – which had spent more than $65bn on the entire clean-up by 2018.

It was also the most challenging time of Looney’s careers, he has since revealed, but BP has credited him with leading the creation of “central drilling and projects functions” following the accident.

Another key position was chief operating officer of production, before his biggest appointment as chief executive of the upstream business in 2016.

Bernard is a fellow of both the Royal Academy of Engineering and the Energy Institute, while he is a mentor in the FTSE 100 Cross Company Mentoring Executive Programme.

As the upstream CEO, Looney was responsible for all BP’s oil and gas exploration, development and production activities worldwide.

The company says its process and personal safety performance improved by 35% and 20% respectively during his tenure, while production grew by 20% as he drove the launch of 23 major projects “ahead of schedule and under budget”.

He is also credited with leading access into new countries, including Senegal and Mauritius, while creating new business models such as Aker BP in Norway and leading the oil and gas industry on new methane detection methods.

Looney was behind BP’s biggest deal in 20 years when the company bought miner BHP’s US shale assets for $10.5bn in 2018, while he drove last year’s proposed sale of the high-emitting Alaskan business where he once held a senior position.

It was this work – and perceptions from the top he has been a leader in the making for years – that led to him being appointed as a replacement for New York-born Dudley, who had been in the role since October 2010.

Dudley said his successor “knows BP and our industry as anyone, but is creative and not bound by traditional ways of working”.

“I have no doubt that he will thoughtfully lead BP through the transition to a low carbon future,” he added.

Looney, who now oversees 73,000 staff across 78 countries, said he was “humbled by the responsibility” and excited about the company’s future.

He added: “Our company has amazing people, tremendous assets, and a set of core values that guide our actions, but, most of all, we have a desire to be better.

“I look forward to tapping into that desire and building on the strong foundation that Bob has built as we meet society’s demand for cleaner, better energy.”

Despite trying to paint itself as a modern energy company, BP has come under fire for being too slow to tackle climate change.

Recent investments have included buying UK electric vehicle charging point operator Chargemaster for $160m and spending $200m on a 43% stake in Lightsource, which has since been rebranded as Lightsource BP and is Europe’s largest solar power project developer.

But the company only committed about $500m to investment in low-carbon technologies for 2019, representing a drop in the bucket for a business that raked in a $303.7bn turnover and $9.4bn profit the previous year.

This also reflects about 4% of the total capital expenditure of $15bn to $17bn.

It has led to legal challenges by environmental campaigners that BP is “greenwashing” its customers by making claims it is focused on climate change and low-carbon energy in an advertising campaign.

Greenpeace was again at the centre of the latest protest, with about 100 activists placing 500 solar panels outside BP’s central London headquarters in the early hours of Wednesday morning to mark Looney’s first day as chief executive.

All this means that climate change appears to be the big issue occupying the new boss’ in-tray.

Analysts have speculated how he will approach the emissions generated by customers – mainly people filling up their cars with petrol and diesel at BP’s 18,000 global forecourts – rather than just its own and the supply chain.

In Looney’s favour is a track record of sorts in this field. He is said to have been the driving force in improving sustainability within BP’s upstream business, reducing CO2 emissions by almost three million tonnes in the past two years.

He has also spoken about BP’s “skill and will to drive the real system change that the world needs and wants to see”, and is keen for the company to demonstrate how it will play its part in meeting the goals of the 2015 Paris Agreement to limit the global temperature rise to “ideally” 1.5C above pre-industrial levels.

Industry observers say it will be interesting to follow the near-term goals he sets, as well as long-term objectives like a potential 2050 carbon-neutral plan in line with the UN’s target, but he will also have to please shareholders – who Dudley has previously claimed don’t want to fund renewables via a dividend cut.

Bernard Looney: The Instagrammer CEO is a modern leader

Perhaps one of the most notable moves from Looney already was his decision to set up a personal Instagram account a week before his promotion.

By Wednesday afternoon, he had amassed almost 3,000 followers and posted five images, including the first photograph in which he displayed a casual look with jeans and a jumper.

In the post, he wrote: “I know a lot of people have views on oil and gas companies and our role in the energy transition.

“I would like to use this platform to talk openly about that and explain the role BP can play, as I believe we share the same concerns and hopes.

“I want to use Instagram not just as a platform to talk but also to listen and understand your thoughts, concerns and interests.

Hello everyone! I’m Bernard Looney, the current head of BP’s Upstream business. I’ve long been a fan of @instagram, but mainly in the background, so here goes with a new approach! As some of you will know, I am beginning a new role in the coming weeks as CEO of @BP_plc. It’s a huge honour to serve the company I joined 28 years ago. I look forward to sharing what I am up to, who I am meeting and offering a window into the decisions, challenges and opportunities that are ahead. I know a lot of people have views on oil and gas companies and our role in the energy transition. I would like to use this platform to talk openly about that and explain the role BP can play, as I believe we share the same concerns and hopes. I want to use Instagram not just as a platform to talk but also to listen and understand your thoughts, concerns and interests. I encourage you all to be candid – I consider honest and open discussion crucial. It’s what I care about and what I hope I can promote here. With that in mind, I look forward to speaking with you all! 😊

“I encourage you all to be candid – I consider honest and open discussion crucial. It’s what I care about and what I hope I can promote here.”

Looney also spoke of being passionate about mental health and inclusivity as he aimed to present a modern leadership style in line with the 21st century outlook BP has attempted to convey.

According to the company, the top-performing regional team of the upstream business he ran was one-third women, with a third coming from outside the UK and US, while he has talked openly about mental health issues on BP’s internal social media platform.

Lightsource BP CEO Nick Boyle has spoken about how Looney “instils a confidence and a positive, can-do mentality that is infectious”

“BP is a big company, but he’s always been well known as a charismatic, lead-from-the-front, roll-your-sleeves-up type of guy,” he added. “The big plus with Bernard is that he gets it.”

This final point is something both those inside and outside BP will hope is true of Bernard Looney.