How much does a bank holiday cost the UK economy? Assessing the positives and negatives of an extra day off

August bank holiday offers the chance to unwind over a four-day weekend. But what are the consequences of almost the entire nation taking time off work? 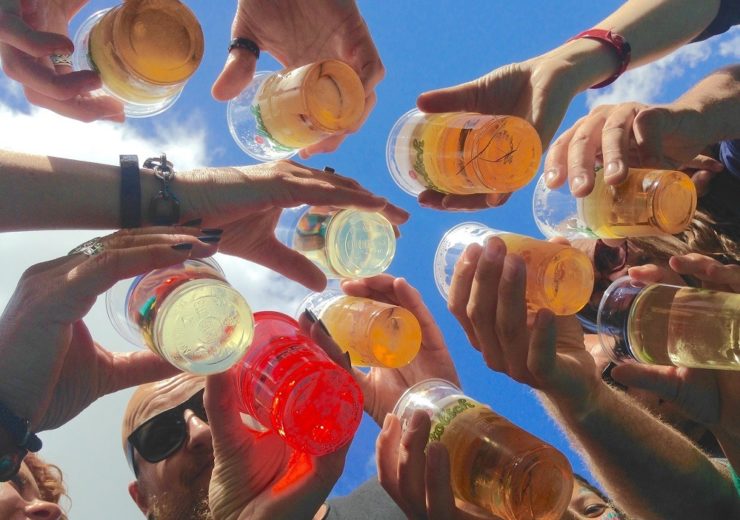 From family days out to full-day pub sessions with friends, people will have different plans for how they intend to spend a bank holiday – but they’ll most likely be making an imprint on the UK economy regardless.

Spending money in shops, restaurants and visitor attractions provides a welcome boost to the nation’s GDP, which is just as well as it takes a sizeable hit whenever the majority of the working population is given a day off at once.

Cutting the working week down from the usual five days to four can also have significant mental health benefits, re-energising staff by offering relaxation time.

In the UK, there are eight bank holidays, with another day added on the odd special occasion, such as in 2011 for the royal wedding of Prince William and Kate Middleton, and again the following year for the Queen’s diamond jubilee celebrations.

This is actually exceedingly low when compared to other nations, with India and Colombia offering their populations 18 days off, while Japan has 16 and Finland has 15 days.

In fact, the UK is one of the meanest in this regard, only beaten to the bottom spot by Mexico with seven.

With 26 August being the final bank holiday of 2019 – we look at the impact these days have on the UK economy.

In 2012, a study by the Centre for Economics and Business Research (CEBR) think tank estimated that each bank holiday costs the British economy £2.3bn through lost productivity.

On average, this represented a 0.16% reduction in GDP during a “normal year”, although the group has since said these figures aren’t as relevant anymore due to the changing UK economy.

This figure also fluctuates and the extra bank holiday for the Queen’s diamond jubilee in 2012 was said to have cost somewhere between £1.2bn and £3.6bn, according to the government.

The Office for National Statistics, meanwhile, suggested productivity could have taken a hit of between 0.3% and 0.4%.

It added this was “a very approximate approach, but it is impossible to be more precise”.

To make it even more complicated, CEBR said there was a difference between regular and special bank holidays as one-off events like the jubilee and royal wedding could create more tourism.

Small businesses also have additional pressures, with research from Business Advice finding that SMEs could stand to loose as much as £2,163 over the course of a year if they opted to shut over the bank holiday periods.

How a bank holiday helps the economy

Before anyone starts asking whether a bank holiday is really worth the price, it’s important to remember that having the occasional day off as a nation stimulates the economy too.

There is a very obvious boom in the tourism industry over a long weekend, with people nipping away for an extended break, taking a trip to the seaside or even a family day out to the zoo.

Conor McArdle of Opus Energy said: “For some businesses, public holidays are an opportunity to tap into increased consumer spending.

“Businesses operating within the hospitality or entertainment sectors, for example, may expect increased footfall and revenue, as customers decide to treat themselves to a meal out or some drinks over a long weekend.”

Retailers and service industries also benefit from increased footfall and the CEBR research suggested this could be worth a £1.1bn boost.

Speaking to the BBC in 2012, CEBR founder Douglas McWilliams said: “About 45% of the economy suffers – the offices, the factories, the building sites where people tend not to go to work on bank holiday.”

But he added that 15% of the economy also benefits, including shops, pubs, restaurants and visitor attractions.

Other benefits of bank holidays

Of course, this still leaves a deficit of more than £1bn – and potentially more than double that amount, depending on the varying estimations.

And while removing all bank holidays would in theory lead to an increase in annual output worth billions, in practice this wouldn’t necessarily be the case.

It also found that workers who had worked more hours performed worse in mental tasks than those who worked fewer hours.

This is also one of the arguments surrounding the four-day working week concept endorsed by politicians including Labour shadow chancellor John McDonnell and rolled out by a growing number of businesses.

One of these, New Zealand-based wealth management firm Perpetual Guardian, found that stress levels were lowered and work-life balance improved, with no impact on productivity.

It has been noted that Google founder Larry Page is a fan of the idea and believes it might increase overall productivity.

Basecamp CEO Jason Fried, another proponent of the four-day week, told the New York Times: “Better work gets done in four days than in five.

“When you have a compressed work week, you tend to focus on what’s important.  Constraining time encourages quality time.”

McArdle added: “In the context of an economy that is slowly but surely moving towards automation, it’s important to consider how to sensitively manage changes to the labour market, including through reduced working hours.”

How to reduce economic deficit of a bank holiday

While no one is suggesting there should be fewer bank holidays in the UK – quite the opposite, in fact, with the Labour Party pledging to add another four in its 2017 election manifesto – there may be ways to reduce the impact they have on the economy.

One of the major factors to the noticeable slump in productivity around long weekends could be put down to the fact the first four UK bank holidays are often all within a few weeks of each other in April and May.

This is added to the three public holidays during the Christmas period, with the August bank holiday the only one to be isolated.

According to the CEBR, businesses “lose momentum” in this time and said they would benefit from having them spread out across the year.

A change in these timings doesn’t appear to be on the horizon though and, despite the potential economic pitfalls, bank holidays remain a tradition loved by the public.