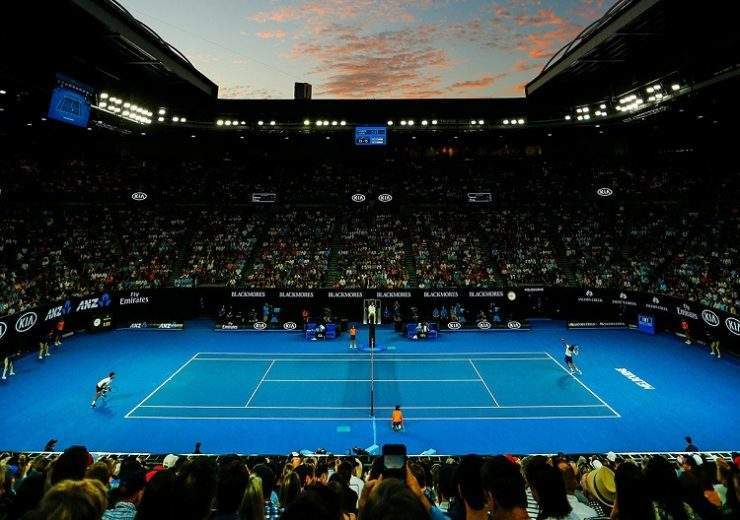 As the only southern hemisphere grand slam tournament, the Australian Open has taken on an identity of its own and its 2019 sponsors will be looking to make the most of its unique appeal.

As recently as 2017, the competition broke its own viewership records, with Eurosport’s coverage of the men’s final reaching 9.7 million viewers across Europe, making it the second-most watched event in the sports television network’s history.

From global watchmakers to coffee conglomerates, here we profile this year’s partners and sponsors who’ll be supporting the Australian Open as the players battle it out on the court.

Infosys is a multinational corporation with more than 200,000 employees across 45 countries providing business consulting and information technology services.

The company will act as the digital innovation partner for this year’s Australian Open, providing statistical insight and data for the tournament’s website and TV commentators.

Canadian Club is a brand of Canadian whiskey made by the world’s third-largest producer of distilled beverages Beam Suntory.

Its roots can be traced all the way back to the 1850s, but it began gaining mainstream popularity in the 1920s.

The brand has partnered with the Australian open for three straight years and will feature again at this year’s iteration of the tournament as its official dark spirits sponsor.

The company produces about three million vehicles a year at its 14 manufacturing and assembly operations, which are spread across five countries.

It sells its products via a network of distributors covering more than 180 countries, and has more than 51,000 employees worldwide contributing to an annual revenue of over $47bn (£36.7bn).

Hundreds of Kia’s latest vehicles will be deployed at this year’s Australian Open in a bid to provide safe and convenient transportation for the world’s top tennis players, officials and media throughout the course of the two-week event.

Along with being the official sponsor of the first tennis grand slam of the year, Kia is the official automotive partner of FIFA and the UEFA Europa League.

With a history dating back more than 85 years, Blackmores has established itself as one of the most popular vitamin and supplements brands in Australia.

It offers 600 vitamins, minerals, herbal and nutritional supplements, while its free naturopathic advisory service was used by more than 36,000 people in 2018.

In a bid to improve its environmental presence, it has partnered with various groups like the World Wildlife Fund Sustainable Fish Oils Partnership, which supports community organisations and initiatives dedicated to sustainability causes.

This year marks Blackmores’ first as an official partner of the Australian Open.

De Rucci was established in 2004 and develops “healthy sleeping resources”, which including ergonomic bedding products ranging from slats and mattress to pillows and bedding textiles.

It also dabbles in smart technology, with products like the smart health pillow, which tests variables such as heart rate, body temperature, ambient temperature and humidity.

Like Blackmores, the 2019 iteration of the Australian Open is the first to be sponsored by De Rucci.

The Australian Open is just one of many sponsorship deals Rolex is engaged with, which it carries out alongside multiple philanthropic initiatives aimed at supporting sports, as well as the arts and natural environments.

A subsidiary of Emirates Group, Emirates airline was founded in 1985 and has almost 65,000 employees worldwide.

As the official airline of the tennis tournament, it will provide flights from 160 destinations to New York for the duration of the tournament, along with live, in-flight coverage of all the matches.

Italian coffee brand Lavazza will serve its top-quality products to its 39,000 spectators in the tennis grounds as one of the Wimbledon 2018 sponsors.

The international coffee company renewed its supplier contract last year, securing its position as the official Wimbledon coffee until 2020.

It also partnered with former tennis player Andre Agassi as the brand’s global ambassador for the tournament.

Throughout the competition, it will provide more than 200 coffee machines at 60 service points, including 13 bars and restaurants, as well as areas reserved for players and match officials.

In 2017, more than one million cups of coffees were served to the crowds inside and outside the grounds.