Audoo: Technology taking the guesswork out of paying royalties to musicians 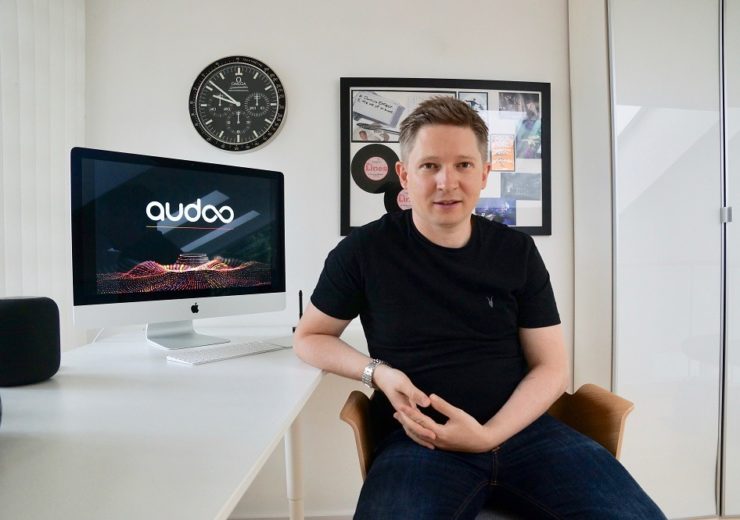 Audoo was founded by Ryan Edwards in 2018

With the introduction of digital downloads followed by the advent of streaming, disruptive technologies have impacted the music industry more than most. Audoo CEO Ryan Edwards tells Sam Forsdick how his tech start-up is looking to further disrupt the sector by targeting its outdated and often arbitrary process of collecting and paying royalties owed to musicians.

Any musician would celebrate hearing their song play out over the speakers of a high-street store — safe in the knowledge that royalty payments would soon follow.

Yet, when Ryan Edwards — founder and CEO of music technology start-up Audoo — heard one of his tunes providing background ambiance in a high-end department store on London’s Oxford Street, he and his wife were left wondering how much cash he would receive for it.

“I joked that it would have only been a few pence – certainly not enough to buy anything in the store,” Edwards says.

“But a few months later I checked to see what I’d been paid from the department store for playing the song, but my royalties account showed nothing.”

The experience got him wondering how many other musicians were missing out on their cut of the multi-million pound music royalty industry.

“I did some research into royalties organisations in the UK and around the world, and quickly found out that they have very little data on what music is played.”

“I thought there should be a better way of doing it with the technology that’s now available.”

How does Audoo change the way that music royalties are collected?

Royalty organisations in the UK license any premises which play music publicly — including the likes of gyms, bars, pubs and shops.

Last year, one of the largest royalty collection societies in the UK, PRS for Music, generated a record £746m for its 140,000 members.

However, Edwards was surprised to find that distribution of the money earned by songwriters, composers and publishers is based on assumptions.

He says: “It currently works off a series of algorithms, opinion and market research — rather than true, real-world data.

“The royalty societies will make a judgement call on the type of music that will get played on premises – for example, if it’s a cool clothing store they will assume they will be playing similar songs to the Radio One playlists.

“The global royalty industry is worth more than $55bn, so this isn’t a small amount of money, and it’s being allocated on old data-sets and no real-world information.”

It means that if someone is popular in the charts, they will likely get a larger slice of the royalties fund — irrespective of whether this translated into plays in bars and shops.

Audoo attempts to take the guesswork out of royalties payments through the development of an audio meter — a small audio recognition device that works in a similar way to an electric smart meter that many people use at home.

Edwards explains: “The Audoo meter captures the audio that’s being played and reports the data to the royalty societies, meaning that — for the first time in the 200 years they’ve existed — they can distribute payments accurately and fairly.”

A 15-second sample of audio is recorded by the nightlight-sized device every minute.

This is converted into a digital musical fingerprint in order to strip out background noise or customers’ private conversations.

This will then be matched to a digital database of millions of songs, which includes information on the writer, producer and rights holder, before the data is sent to the royalty societies.

The audio recognition works in a similar way to applications such as Shazam, but Edwards claims the physical meter and fingerprinting technology make Audoo unique and bring additional value to the royalty societies.

Audoo gets backing from industry heavyweights

Getting approval from such industry big-hitters is “great validation” for Edwards and the Audoo concept.

Herbert, who has been in the music business for 25 years, describes Audoo as “the solution to the royalty revolution”.

He adds: “The current methods for royalty distributions are archaic, and it’s something that managers, writers and artists have been banging the drum about for a long time.

“There had never been a solution, so when I met Ryan it was a revelation to see the technology he’d developed.

“Audoo will do for royalties, what streaming has done for the recording industry.”

While Herbert admits that the likes of Adele and Ed Sheeran are “always going to get a lion’s share of royalty payments”, Audoo will help smaller artists “get their fair share of what’s left over”.

It is estimated that 75% of UK businesses that should have a commercial-use license for playing music don’t currently pay for one.

Many opt to play music on personal streaming platforms, such as Spotify, but Edwards puts this issue down to a “lack of education”.

He adds: “Audoo is source agnostic, meaning that artists can get those benefits irrespective of what their music is being played on.”

Audoo will begin rolling out its audio smart meters to premises as their licenses get renewed over the next few years.

The start-up already has one deal with a royalty society in the UK and discussions are ongoing with US organisations.

“The biggest beneficiaries of our service will be the royalty societies that partner with us and musicians, who will get a fairer share of the royalty earnings,” Edwards says.

“With their help, we can propel the music industry to new heights by increasing fairness and transparency for all.”