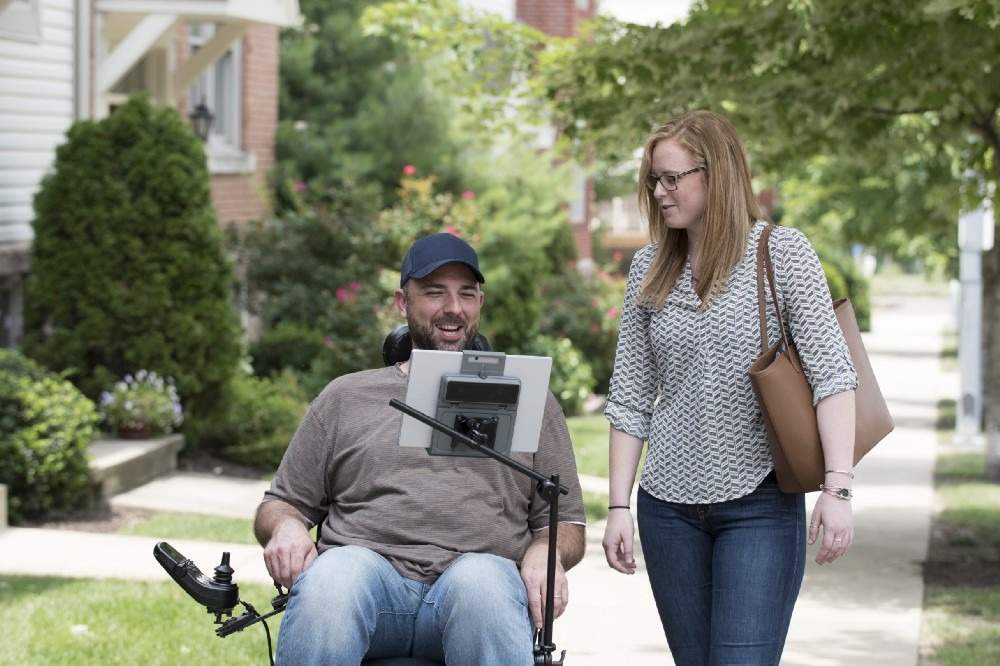 The touchscreen might have Apple’s fingerprints all over it, but an engineer with a repetitive strain injury invented it – highlighting how assistive technology for disabled people can eventually have a mainstream impact.

US gesture recognition company FingerWorks was given as an example by Work and Pensions Secretary Esther McVey for why businesses should seek to make technology widely accessible during development.

In a keynote speech at the Microsoft Future Decoded 2018 conference in London, the Conservative MP said: “It shows that solving the problems disabled people face leads to breakthroughs that change everyone’s lives.

“Technology is a great equaliser for people and removes barriers.”

FingerWorks was formed by Wayne Westerman and John Elias in 1998 after the former developed repetitive stress problems while writing his dissertation as a doctoral student at the University of Delaware.

The duo were inspired to focus on low-impact inputs on computer devices and created keyboards with zero-force keys and one-hand “gesture pads” for mousing and keys.

It was bought by Apple in 2005 and the technology it had developed was infused with the Silicon Valley giant’s own research to create the touchscreens used in the iPhone and iPad.

Ms McVey said:  “So the next time you look down at your smartphone, remember it was developed by someone to address repetitive straining.”

She added that even 15 years ago, the idea of touchscreen technology was more of a “rumour” as it existed so far outside the mainstream.

“I know someone who found a touchscreen back then and it was bulky, and cost so much, only really being used by a few people for cutting-edge design, not for public use.

“In 15 years, something that was so out there and only used by a few people is now the technology we know in devices like the Microsoft Surface Pro used by everyone.

“If you believe that everyone should have a chance in life, this is what we’ve done in just a few short years.”

Ms McVey said 22% of people are born with a disability and much of the rest of the population will acquire a condition over the course of their lifetime.

In addition, one in six people in the workforce has a self-declared disability.

She called for more companies to produce assistive technology for disabled people, such as Microsoft’s eye control software – which allows people with mobility issues to control a keyboard and mouse by moving their eyes – and real-time subtitles for the hard of hearing.

“What we’re doing is helping people now but there’s also a bit of self-interest too because we’ll be helping ourselves in the future,” said Ms McVey.

With average lifespans and populations rising, the number of people in the world living with disabilities could increase significantly from the current one billion over the coming decades.

Ms McVey added: “It might be two billion people who are buying this assistive technology.

“It’s not just in good human spirit, but what drives us forward in life.”

It’s not just assistive technology for disabled people that’s needed, but jobs too

Ms McVey also called for businesses to break down barriers to disabled people getting jobs.

The government launched a Disability Confident scheme in 2013 to help recruit and retain talented disabled people into positions matching their skills.

By November last year, 600,000 more disabled people had gone into work in the four-year period but a new target was launched at the time to get another one million into jobs by 2027.

“I’m looking for the next chapter in our book,” said Ms McVey. “How are we going to close the gap on employment for people with disabilities?

“We know we need to tap into everyone’s talent. We need a world that includes everyone because a developed world is an inclusive world.”

She added: “It’s not just about the technology organisations create. We also need people to see disabled people as productive, innovative workers in business.

“We’re sweeping away perceptions of what people can and can’t do.”