But Apple Music, AirPods and the Apple Watch are helping to boost optimism for the company’s future 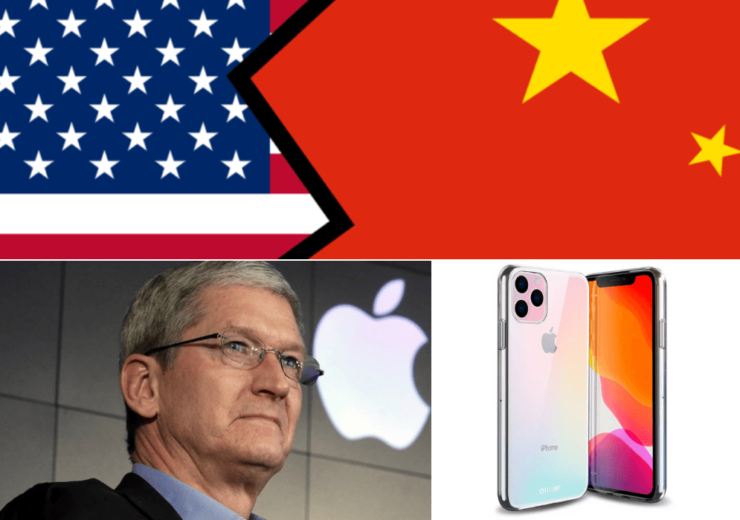 The US-China trade war could have a big impact on future Apple revenue, believe analysts – as iPhone sales continue to fall.

Ongoing economic conflict between the two superpowers could disrupt the Silicon Valley electronics manufacturer’s thriving business in China if tariffs are placed in the Asian country for importing its products.

The tensions come at what’s already a bad time for Apple, which recorded a 7.2% decline in revenue for the third quarter ending June 2019, marking a sales drop for the second successive three-month period despite an uplift in income for its services and wearables business.

Its flagship iPhone smartphone – the latest models of which were unveiled this week – accounts for about half the company’s revenue but has shown no signs of recovery in sales since the past three quarters, with Apple now firmly behind Samsung and Huawei as the world’s top smartphone sellers.

Vaibhav Khera, a director at business intelligence firm GlobalData, said: “Though negotiations for easing trade tensions between both the countries are on, Apple’s business remains vulnerable and its performance may be affected if trade talks fail.”

The US-China trade war has taken a toll on many companies on both sides as the countries have exchanged tit-for-tat tariffs and other trade barriers due to a dispute over China’s “unfair” trade practices and alleged theft of American intellectual property.

But Apple has so far been able to mostly stay immune to tariffs, with CEO Tim Cook playing the role of diplomat.

On 13 August, the US Trade Representative – a government agency that recommends trade policy – removed mobile phones from a list of products that would be hit with an additional 10% tariff.

Apple manufactures and assembles key products, including the iPhone, in China – where it employs about 10,000 people and is responsible for a further three million in the supply chain.

Should tariffs be introduced in the future, it would lead to prices could increase if the US imposes tariffs on Chinese imports.

It would either be forced to absorb the enhanced costs of pass it on to customers, thereby making its already costly flagship product even more expensive and disrupting the supply chain.

Backlash from China in response to US tariffs can also affect Apple’s top line as it generates significant proportion of its sales from the country.

China was the third largest revenue-generating nation for Apple, after the Americas and Europe in Q3 2019.

Apple has already been losing its market share to local smartphone manufacturers in China and globally.

Gartner figures found that Samsung remains top after sales rose by 4% to 75 million units between April and June, while Huawei sold 58 million phones after a 16% jump.

In comparison, iPhone sales fell by 14% to 39 million units.

GlobalData director Khera said: “Investors are likely to remain vigilant over any new announcement of tariffs that may affect Apple’s products.

“It would also be interesting to see how Apple sails through these troubled waters.”

Despite the concerns over a dwindling smartphone market share, Khera believes overall optimism remains high for Apple due to other growing areas of its business.

Cook has previously stated an ambition to double the size of its services value from 2016 to 2020.

The wearables, home and accessories sector – which includes products such as the Apple Watch, Apple TV, AirPods, Beats and HomePod – grew 48% to a record $5.5bn-plus.

Research from GlobalData suggests the shifting focus and reduced reliance on iPhone sales is beginning to pay off.

Its Company Filing Analytics platform, which analysis and showcases sentiments across companies and sectors by scanning through earning transcripts and filing documents, shows an increased confidence in the company throughout 2019 despite the falling revenue.

Khera added: “The optimism for Apple can be attributed to the sales growth in product categories outside of the iPhone and, in particular, the strong performance of its services and wearables businesses.

“The company has strategically invested in these two areas over the last several years and now the two businesses collectively make for the size of a Fortune 50 company.”