Anthony Joshua the leader: What businesses can learn from heavyweight boxing champion

Inside the ring, he's destroyed opponent after opponent to become a boxing sensation but outside sport, Anthony Joshua the leader is becoming just as much of an example that business leaders could follow 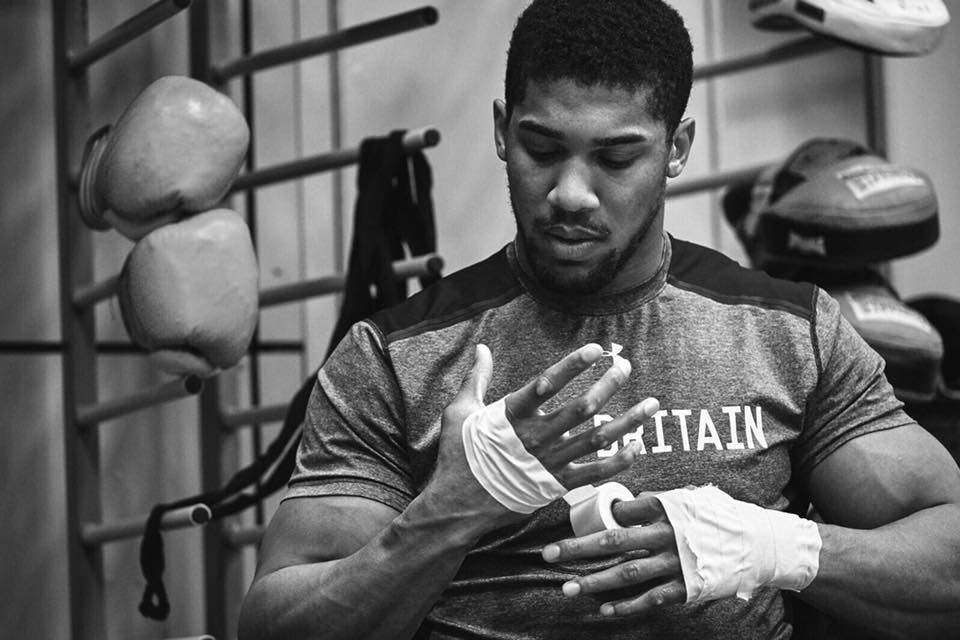 Anthony Joshua the boxer will need every ounce of his ring craft when he square’s off against Russia’s Alexander Povetkin this Saturday, while Anthony Joshua the leader will be looking to expand his profile even further after the fight – should he win.

If the 28-year-old does go on to be successful this weekend, he’ll have his sights firmly fixed on a box office clash with either America’s Deontay Wilder or fellow Brit Tyson Fury next year.

Many fans were disappointed he chose not to fight Wilder in 2018 but from a commercial perspective, there’s much to glean from Joshua’s decision to square off against the decidedly less decorated Povetkin.

It will be the first of two fights at Wembley stadium for Joshua between now and April 2019, with this weekend’s outing reportedly earning him £20m, and might just be the best way to set him up for more success and more money down the line.

Professional sport – and the athletes who personify it – is defined by impulse and instinct, no more so than in boxing, where fighters aren’t shoehorned by a pre-determined schedule.

They choose who they fight, and they often choose wrong – a mistake that has on more than one occasion proved career-ending – even with a team of experienced managers and promoters around them.

With his 21-0 record, Joshua has shown time and again how to balance the boxer’s natural urge to fight and the thinker’s ability to strategise.

This latest move to fight the stoic Russian rather than bombastic American Wilder is only the most recent in a career marked just as much by shrewd prudence as it is by well-timed risk.

Throw in the odd jaw-crushing right hook and you’ve got a formula for success any business would do well to apply in its own world – should their ideas pack a similarly weighty punch.

In business greed could be a potential pit fall. In sports greed feeds my hunger ? #StayHungry pic.twitter.com/dR6a8Qc8So

Anthony Joshua the leader: Knowing when to wait

You’d have to go a long way to find a boxing supporter who doesn’t want to see what would doubtless be a titanic showdown between Wilder and Joshua – but fan enthusiasm is just one factor in the decision-making process for a fighter and their team.

The British boxing hero has a fair amount to gain from beating his American counterpart (one belt, to be exact) but a whole lot more to lose (namely, the other four).

And despite reportedly being offered $50m (£38m) to cross the pond and fight Wilder in America, Joshua knows he has a better chance of winning on home soil with his fans behind him – all the more vocal for being spared the cost of an expensive transatlantic plane ticket.

With the American in desperate need of an opponent with Joshua’s pedigree, the Brit knows he holds the superior negotiating position, and will use this to wait for just the right time to fight his rival in just the right place.

Friendships evolve around business when everyone is commited to hard work ? #AJBXNG pic.twitter.com/fzOwmrtpuh

This brand of calculated patience has paid dividends over and over again in the business world, too.

A plethora of similar social media platforms had come and gone before the American started his company, and while he succeeded where they failed in part due to the more social element of his platform, timing also played a pivotal role.

By 2004, the world’s teenagers and 20-somethings were becoming truly internet-savvy – for the first time, there was a generation of people ready to use and hungry for an online social media service.

Had Zuckerberg made his move a year or two earlier, he likely would have run out of funding before accruing enough users and investors to keep his site afloat.

Despite a recent spate of controversy, the company is now worth close to $104bn (£75bn).

Similarly, if Facebook’s founder made his move a year later, someone would have probably beaten him to it as, while prudence can prove valuable, waiting too long can have a detrimental effect.

When Joshua announced he would be fighting one of the all-time boxing greats in Wladimir Klitschko last year, more than a few onlookers felt he had bitten off much more than he could chew.

The Ukrainian was more experienced, more battle-tested and, some believed, more technically proficient than his UK challenger.

Joshua’s biggest scalp prior to facing this daunting obstacle was American Charles Martin who, despite reaching the summit of the sport, will likely be omitted from the boxing hall of fame.

He proved his doubters wrong, and won what has been hailed as the greatest heavyweight bout this millennium in the 11th round, taking the best Klitschko had to offer and returning it with interest.

The fight launched Joshua’s career into the stratosphere and sealed his place in the annals of British boxing all but overnight, and most of the world’s biggest businesses have a comparably timely tale to tell.

In the early 2000s, video gaming was beginning to permeate the mainstream, becoming a highly lucrative but fiercely fought market.

Sony’s Playstation appeared to have it tied up when, in 2001, Microsoft announced it would be launching its own console, the Xbox.

It was a move that confused the business world as countless other similar devices had fallen by the wayside, but the risk paid off as the company’s offering matched that of its chief rival and remains one of the most popular pieces of tech in the world today.

Its most prolific iteration, the Xbox 360, has sold 84 million units since its release in 2005.

Anthony Joshua the leader: The importance of being involved

Anthony Joshua the leader is the CEO and founder of AJ Boxing and Commercial, the company that handles his commercial interest, management and brand.

It’s almost unheard of for a boxer to take on this kind of burden in addition to the responsibility he assumes in the ring, but for the 28-year-old, it’s a necessary part of building and maintaining his legacy.

Steve Cunningham, managing director of the company and a confidant of Joshua’s, has told of the heavyweight champion’s insistence on chairing key meetings and his hands-on role in product development.

.@BulkPowders have just launched the new MACRO MUNCH™ protein bar. Perfect for a high protein snack & already had a couple of them ?#BULKPOWDERS #TEAMBULK pic.twitter.com/i3otfS3EXc

This kind of involved approach is critical to business success, according to Keith Teare, executive chairman of start-up investment platform Accelerated Digital Ventures.

Speaking to Compelo, he said: “Being an entrepreneur is a little bit like being OCD (obsessive compulsive disorder) – it’s baked into your personality.

“It could take many forms, it doesn’t have to be that you become an entrepreneur – some are ADD (attention deficit disorder), and they tend to not be able to focus on a single thing.

“Larry (Page) and Sergey (Brin) at Google are totally OCD, Mark Benioff at Salesforce is, Steve Jobs was, Bill Gates is – though maybe to a lesser extent.”

Joshua is as uniquely obsessive about thriving outside the ring as he is about surviving within it.

And while his inevitable showdown with Wilder won’t be coming this year, you can bet that when it does, Anthony Joshua the leader will use every ounce of his business acumen to make the occasion more than “just a fight”.