AndCo: The co-working space provider out to ‘rejuvenate’ the high street

AndCo founder and CEO Sanj Mahal had three problems: Working from home was unproductive, co-working spaces were too expensive and there was not enough variety to coffee shop-style decor. He explains to Felix Todd how his company aims to solve all three by providing customers with access to 40 varied independent pubs, bars and restaurants for £20 a month while also getting people back on the high street during the slow hours of the week 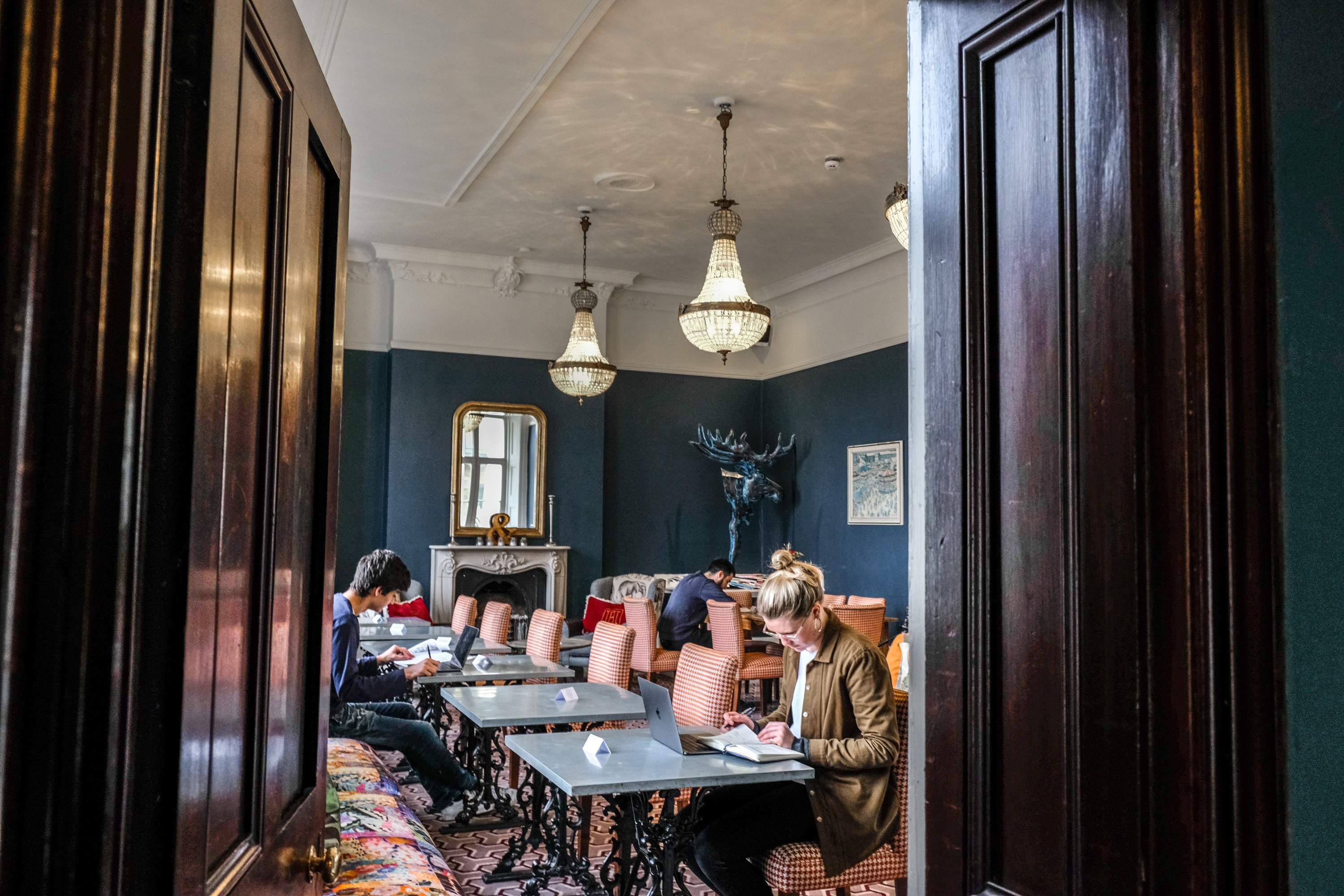 The Lillie Langtry, in West Brompton, is one of the London venues AndCo has turned into a daytime co-working space

Co-working spaces aren’t exactly in short supply in London, but their variety is distinctly less abundant with the majority of venues resembling trendy coffee shops and hang-out areas – another thing the UK capital is steeped in. AndCo is trying to do something different by breathing new life into the city’s independent pubs, bars and restaurants, which suffer from diminished footfall during the 9-5 hours of the working week.

CEO Sanj Mahal founded the company in 2017 and since grown it to include five employees and eight freelancers.

Subscribers are charged £20 a month in return for access to a guaranteed hotdesk at all of its 40 London venues, where people can work in the same way they would with other co-working services.

They will receive exclusive use of a workspace set aside and “lightning-fast” WiFi, while venue operator benefit from the extra custom throughout the day.

Sanj, an ex-Goldman Sachs investment banker, says: “Working from home, you suffer a sort of blindness – it’s frustratingly difficult to get anything done.

“But most of the co-working spaces on the market in London are tremendously expensive and don’t offer much variety.

“I founded AndCo to give customers a cheaper and more varied co-working space experience, and at the same time it’s been great to see its potential for rejuvenating the high street during the week.

“At the end of the day, people want to work in a place that feels natural – what’s more natural than what’s already there?”

How the co-working space service came into being

Sanj and his wife were both working from home early last year when they began to sense a lack of productivity.

But with the majority of available co-working spaces coming with a hefty price tag, they felt the onus was on them to solve the problem.

“We started looking at possible co-working spaces but we were shocked at just how expensive they all were,” explains Sanj.

“My wife came home one day having noticed a couple of empty bars and restaurants and said ‘why not work in these places?’

“We did some research that showed these venues take something like 60% of their weekly revenue from Friday and Saturday nights alone – they simply don’t get the same kind of footfall during the week, particularly in the daytime.

“We knew a few people who owned local bars and restaurants, and we approached them with the idea – the feedback has been overwhelmingly possible.”

With the promise of bringing more people into the venues with which it works, AndCo had an enticing business model which has gone from strength to strength since receiving £800,000 in private seed funding from high-net worth individuals last year.

AndCo keeps the entirety of its £20 subscription fee, while the venues it works with benefit from anything they sell while the users are with them.

The company’s data shows its customers’ appetite for co-working spaces is about the same as it is for food and drink, with users spending 2.6 hours per visit on average, and purchasing about £15 worth of the venue’s offerings in that time.

The variety in the different co-working spaces provided means AndCo can meet a wide range of customers needs, from basic space for individuals to larger meeting rooms for groups.

Sanj says: “The irony is a lot of the venues we work with publicly advertise the fact they have meeting rooms available for the exact purpose AndCo now facilitates.

“The problem was they weren’t advertising in the right way to get people in those rooms.

“Footfall is the issue so a sign outside your shop isn’t going to be all that effective, but with an online platform these places are now getting more and more people in during non-peak hours.”

AndCo customers can create an account on the company’s website or app, which also lets them view the full range of venues to identify which one will suit their needs.

They can then book in advance ensuring they’ll have all the time they need.

Venues signed up include The Detox Kitchen, in Goodge Street; The Cock and Bottle, in Notting Hill; The Lillie Langtry, in West Brompton; The Cat and Mutton, in London Fields; Londrino, in London Bridge; Andina Shoreditch, in Shoreditch High Street; The Islington Townhouse, in Angel; Beaufort House, in Sloane Square; The Duke of Sussex, in Lambeth North; Sophie’s Steakhouse, in Soho; and Rehab Hackney, in Homerton.

Sanj, who was drawn to the tech world by the “Benjamin Button” companies, such as Amazon, which appear to get younger as time goes on, is continually surprised by his customer data.

“They’re completely mixed, some start-up groups, some individual freelancers – we have everything from independent financial advisers to medics using our service.

“One thing that stands out is the fact that about 65% of our users are women – we have no idea why – every day we wake up and look at the customer data and learn something new.”

Moving forward, the AndCo CEO has plans to grow the scale of his company while staying true to its roots.

“I’d like to see AndCo expanding in the UK and ultimately Europe as well,” adds Sanj. “Our data shows there’s definitely the demand to make this possible. I’m going to be with the company for the long haul.

“We’re proud of what we’ve done but it would be pretty arrogant to say we’ve got the solution all worked out – there’s a long road ahead.”