The growth of e-commerce sites like Amazon is often credited with contributing to the decline of high street stores. Now the Silicon Valley company is helping online indies make the jump to physical stores 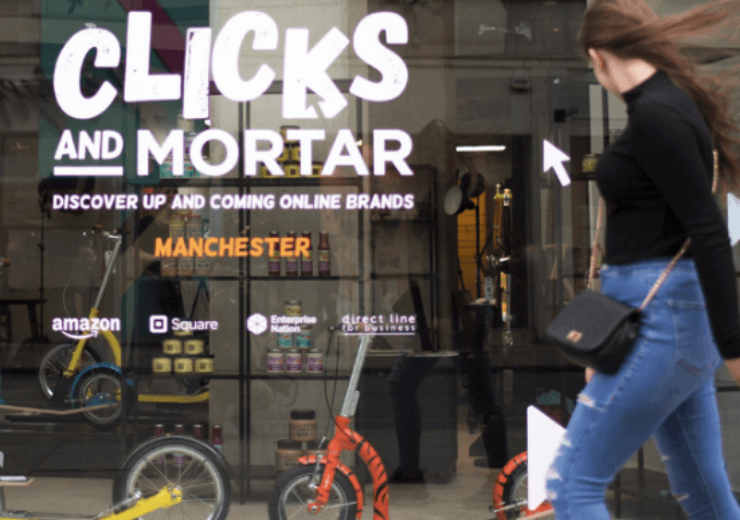 The web is often blamed for the death of the high street but online businesses will be given a chance to set up shops in a new Amazon-backed “Clicks and Mortar” campaign.

Working alongside support network Enterprise Nation, the e-commerce giant will help  100 small online brands in the UK move into pop-up stores and reach customers on the high street for the first time.

Emma Jones MBE, founder of Enterprise Nation, said: “UK shoppers like to shop both online and in high street stores, and our intention is to help small businesses succeed by combining the best elements of online and high street retail.

“This new concept will provide small businesses with the space, technology and support to experience physical retail for the first time, while enabling customers to discover new brands on their local high streets.”

How will the Amazon Clicks and Mortar scheme help SMEs?

Swifty Scooters co-founder Camilla Iftakhar said: “We’ve always focused on our online business, but a pop-up is an ideal way for customers to try our scooters out for themselves.”

William Johnson, co-founder of Torro Cases, added: “Clicks and Mortar feels like a fresh route for hungry new entrepreneurs to reach a wider audience by combining the power of online shopping whilst enabling customers to touch and feel our products.”

A further nine stores are planned for across the UK as part of a year-long pilot programme and will eventually support more than 100 small businesses make the transition to the high street.

Each entrepreneur will also benefit from digital training through the newly-launched Amazon Academy, while a £1m Amazon apprenticeship fund hopes to help SMEs that sell on Amazon to upskill their workforce.

The report cited Amazon UK’s business rates, which amount to roughly 0.7% of its UK turnover – while high street retailers can be expected to pay between two and nine-times that as a percentage of their revenue.

During the first half of 2018, roughly 14 shops were lost each day – or 2,700 in six months – in one of the toughest years of trading for mainstream retailers.

Amazon will hope the Clicks and Mortar programme will help to change people’s perception of the e-commerce giant as a high street killer.

An independent research consultant will produce a report on the impact of the pilot scheme and will submit its findings to the UK government.

Amazon claims that 58% of its online business comes from third-party businesses and that thousands of UK-based small businesses use the Amazon marketplace to sell their products – helping to achieve £2.5bn in export sales in 2018.

Doug Gurr, UK country manager at Amazon, said: “Small businesses are one of our most important customer groups, and we’re thrilled to work with Enterprise Nation to design a comprehensive package to help entrepreneurs across the UK grow their businesses – both in-store and online.

“Amazon is committed to supporting the growth of small businesses – helping them to boost the economy and create jobs across the UK.”

Although Clicks and Mortar marks Amazon’s first foray into physical stores in the UK, the company’s influence can already be seen on US high streets.

It became the owner of US grocery chain Whole Foods in 2017 in a $13.7bn (£10.8bn) deal and has opened eight of its own Amazon Go checkout-free stores.