From investigating NFL cover-ups for the New York Times to setting up his own data communications company, former journalist-turned-entrepreneur Alan Schwarz explains why it's important for businesses to quote the correct figures 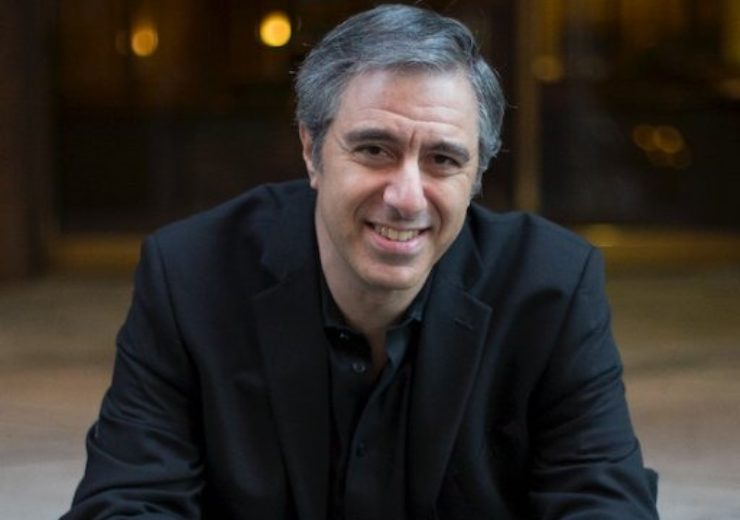 Whether it’s Dettol claiming to kill 99.9% of bacteria or toothpaste brands professing to be endorsed by nine out of ten dentists, businesses are constantly quoting data in the media – and Alan Schwarz wants to be the man to make sure they do so correctly.

The problem with false data has perhaps never been more evident than in the current anti-vaccine movement, which was prompted by a research paper in the 1990s that linked the MMR (measles, mumps and rubella) jab and autism.

It has since been discredited and described by scientists as “perhaps the most damaging medical hoax of the last 100 years” – but that didn’t stop the scaremongering being carried by a media storm that now risks a global measles outbreak.

“The media has to be able to call BS, whether it’s on global warming figures or other misuses of data by politicians and scientists,” says Alan.

“We need more watchdogs. If only someone could have figured out that vaccinations don’t cause autism – wouldn’t it have been great if someone had actually vetted that?”

After a decade of working as an investigative data journalist for The New York Times – during which time he uncovered the concussion problem faced by American football players and had a film based on his work – Alan says he felt “burnt out”.

He’s now taking his talent of creating stories with data to his new communications company DataPhi.

The company was formed four months ago and already has four clients, including a nutritional supplement company, pharmaceutical firm and union pension fund.

A business involved in American football and a venture capital fund could soon be added to the growing list of clients.

The idea came from one of Alan’s close friends, who suggested he used his “instincts for data and ways of communicating data properly” to help companies.

The consultancy will help brands construct narratives with their data, present data to investors and protect against incorrect or misleading use of data, which could get businesses into trouble with regulators and the media.

Alan says: “I think media companies sometimes amplify mistakes or disingenuous comments by politicians, scientists or business advertisers, because they don’t always know when the stuff they’re being told is wrong.

“My role as an advisor or consultant is to help companies vet their data and make sure it’s being communicated directly and fairly.

“Their data needs to stand up to scrutiny so they aren’t going to get into trouble from someone like me.”

Alan began as a sports reporter and is perhaps best known for his investigations into head injuries in the NFL and wrote more than 100 articles that exposed the prevalence of cognitive issues in current and ex-American football players.

His work is credited with changing the way that head injuries are dealt with in professional sports and resulted in a Pulitzer Prize nomination for public service.

It also formed the basis for the 2012 feature-length documentary film Head Games.

Speaking on a panel on data literacy at the Qlik Qonnections data conference in Dallas, Texas, he says: “I guess history will show that I was the person who exposed the NFL’s cover-up of head injuries and concussions.

“Most people don’t realise that maths was at the heart of it. I was a maths major at the University of Pennsylvania and I just adore numbers.

“Instead of teaching high school maths, I taught at a different blackboard at The New York Times.

“I was a watchdog so there were times, whether it was the NFL or big pharma where I found out they were lying with their data.”

The importance of data literacy for businesses

Alan is now turning his talents to making sure companies don’t make the types of mistakes that would have once seen them feature in one of his articles.

He tells Compelo: “When a pharmaceutical company comes out and describes their product as ‘effective’, what does that mean and on what basis are you saying that?

“Don’t give me a press release – show me the study and read it to check there aren’t any confounding variables.

During his time reporting, Alan claims there were countless times where the numbers quoted by companies were wrong.

“I have yet to read a so-called scientific study where I didn’t find a mistake,” he says.

“A lot of the time it’s benign, but sometimes it’s not and isn’t accidental.

“It’s important for the people who are writing articles about a new cause of cancer to understand the numbers, or at least have someone they can ask.”

Alan, who also sits on the Qlik data literacy board, compares being data literate as “like having a BS detector”.

He adds: “When consumer reports, like the one that came out a couple of weeks ago with the headline ‘Some brands of bottled water have unsafe levels of arsenic’, you are able to ask what ‘some’ means.

“Then you need to ask what ‘unsafe’ means – these are mathematical words and they’re words the media use over and over again, but rarely knowing what they mean and what they connote.”

Mark Twain is often credited with coining the phrase “lies, damned lies, and statistics”, but Alan believes he was wrong.

“Numbers don’t lie, words lie,” he adds. “It’s not the numbers’ fault that people use phrases like ‘some’, ‘unlikely’, ‘accelerating’ or ‘unsafe’ – these are mathematical words that have a meaning.

“The CIA has been trying for 50 years to define what the word ‘probably’ means.”

He cites the British terrorism alert rankings, formulated by MI5, as a prime example.

Alan says: “We need to use more precise words to convey whatever it is that we think the data is saying.”

Data literacy is not something new

Data literacy may be big these days with talk of the fourth industrial revolution but Alan, who cut his teeth as a baseball reporter, argues that data has always been important.

He says: “I worked in baseball for a long time and everyone went nuts about Moneyball in 2004 – first with the book and then the movie.

“Analytics was the big word then, but teams had been arguing about on-base percentages during the Civil War.

“We’ve always used data, the question is what metrics to use and to what degree.

“We now have such sophisticated data, beyond what we could have imagined before, so you might need higher skills but the mindset is still the same.

“By far the most important course that any kid can do at high school is advanced placement statistics to prepare you for the world.”