Artificial Intelligence has been touted as a revolutionary technology that will impact every sector – from healthcare to insurance. Google Cloud execs Rajen Sheth and Alan Coad give their perspective 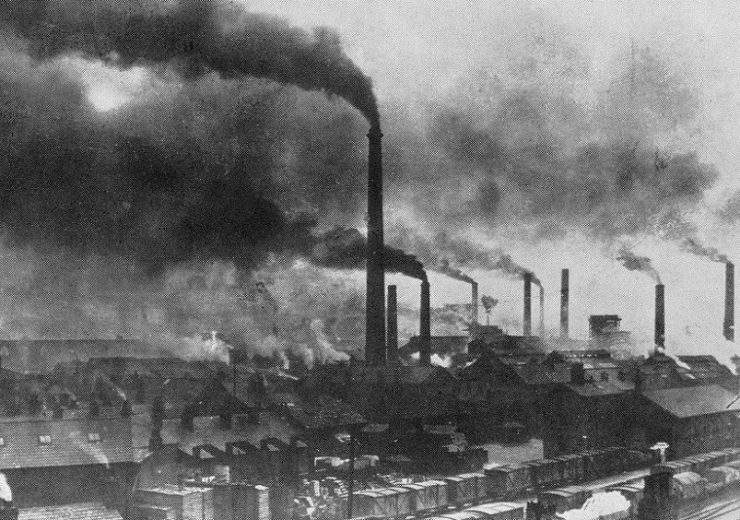 The impact of AI could be similar to that of the Industrial Revolution according to Google Cloud execs (Credit: Hardie, D. W. F./Wikimedia Commons)

The capability of AI has been compared to the impact the Industrial Revolution and the advent of the internet have had on society by Google Cloud execs.

Tech experts believe the technology has the potential to make real-time predictive decisions and it was listed as one of the tech trends to look out for in 2019 in a Dimension Data report.

Rajen Sheth, director of product for Google Cloud, has also focused on AI for his 2019 predictions and said: “The Industrial Revolution magnified the human’s physical ability and made it so that you can actually build more capable products and replicate them at a faster rate.

“I think AI is the same for people’s mental abilities.

He believes this represents a fundamental shift in the same way as the advent of the internet and computers were.

Businesses currently make many decisions based on previous experience or intuition but Mr Sheth claims that “AI will supercharge every small or big decision we make”.

He added: “If you think about an everyday decision — like what podcast to listen to, what should I buy, what route should my car take to work — we’ll make decisions based on all the world’s information, as opposed to just the information I happen to have in my head.”

Despite AI’s capacity to analyse massive data-sets and make decisions based on statistics, there will still be room for human experience.

Mr Sheth said: “AI is going to change the types of jobs that are out there but it probably won’t change [them] as drastically as people think.

“In a lot of these situations, the need for human intuition, empathy, and decision-making is still going to be needed.”

This was seen most notably with Amazon’s use of AI in its recruitment process.

Because AI system was trained on previous recruitment practices and CV applications – the majority of which came from men – the automated recruiter developed a bias in favour of men.

The result was the development of a “sexist” AI that penalised candidates for any reference to women’s colleagues or female sports teams.

Mr Sheth said: “We’re learning as we build this technology, so it’s important to set ethical AI principles at the outset and to think about these situations as they come up and adjust.”

A new era of digital transformation

Discussing the capabilities of the technology in the business world, Google Cloud UK managing director Alan Coad said: “These changes present huge opportunities and the enterprises that will thrive in this rapidly-changing landscape are those client-obsessed businesses that, not only put an emphasis on a great user experience, but also can predict changing consumer habits.

“While it is true that incumbents are often disadvantaged by cultural inertia and legacy, many are well on their way to becoming truly agile, bringing software development back in-house, adopting the latest iterative techniques and utilising the tooling and modern cloud platforms that enable collaboration and rapid application development at scale.

“We are now entering an era of digital transformation where ‘going fast’ is giving way to an imperative to ‘go smart’ as a means of gaining that competitive edge and creating a truly intelligent enterprise.”