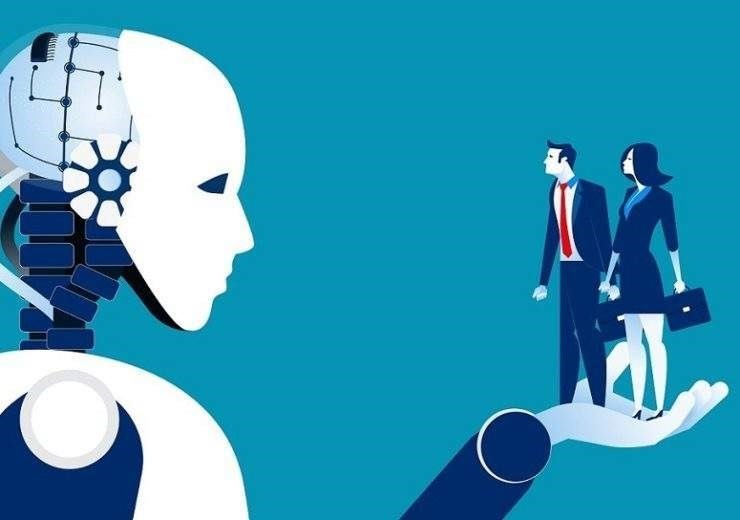 AI has the power to free humans from the “shackles of the ordinary” as the debate rages on about the increasing influence of the technology in the workplace.

That’s the view of Chetan Dube, the boss at a software company that is arguably adding fuel to the fire by building a “digital worker” called Amelia that can takeover repetitive tasks in businesses.

Speaking ahead of the company’s Digital Workforce Summit in New York City tomorrow, the IPsoft CEO and president pointed out how the AI assistant – which can be “hired” to carry out certain roles like a customer service agent and IT operations expert – was already achieving significantly better results than human counterparts.

But during a panel discussion, there were also warnings from Mr Dube’s colleagues about the impact such huge changes in the labour market could have on social and political systems in the future.

He said: “Machines can really start to become human-sounding and are going to become a great friend of ours.

“The human brain is capable of creating great new worlds so why waste time on typing the same thing out again and again?

“Human beings are going to be liberated from the shackles of the ordinary.”

Opportunities for businesses arising from AI in the workplace

For example, a major telecoms firm hired the digital worker as the first line of IT communication for its 20,000 staff and it now handles 82% of IT service desk requests, resolving 70% of those queries independently.

More than seven in ten customer enquiries for a smartphone retailer, meanwhile, begin with an interaction with Amelia and the bot correctly detects customer intent 90% of the time, according to IPsoft.

He said: “Our goal and hope is that having AI systems can bring human beings on a road to greater happiness.

“The fact of the matter is we’ve been living in an era over the past 15 years of businesses trying to get humans to behave like robots, such as customer service agents following scripts and doing the same processes.

“There have been defined business rules of how things should be done, but humans can have greater joy when routine automated tasks are taken away from them.”

Tracey Robinson, director of cognitive implementation at IPsoft, believes the workplace of the future will involve humans and machines working together.

“With that, humans will be able to transition from those repetitive tasks into areas where they can use human intelligence and robots won’t be able to,” she said.

“So we see ourselves being able to pull humans out of jobs where they don’t spend the best of their time and use digital colleagues instead so people are working on the best tasks for them.”

Ms Robinson, who is also a big proponent of having diverse teams in order to eradicate bias in AI, rejected the idea of jobs being “displaced” by technology, instead pointing out how people will instead move into different types of work within a business.

“Whether it’s more customer-centric or creating new products, there will be new opportunities that we didn’t know we already had because we had our workforce focusing on more repetitive things needed to be done,” she said.

Challenges of AI in the workplace

IPsoft senior advisor Anders Borg, who previously served as Minister for Finance in the Swedish government for eight years, pointed out how humans tend to adapt to changes at a “biological pace” but believes organisations will need to be faster than normal in their response if they are to survive.

The upcoming roll-out of 5G over the next 12 to 18 months will pose particular challenges, he believes, as increased connectivity will lead to an exponential rise in the amount of data created.

And with AI going hand-in-hand with this technology by using the data to make better decisions, he conceded there will be “winners and losers” among the workforce.

He said: “If you’re a very creative person, you are able to adapt. If you’re a social sciences person who can interact with other people, you’ll have a strong position in the labour market.

“At the other end of the spectrum, if you don’t have the hard science skills, you’re not a very creative person and don’t like interacting with other people, you’re going to be at the losing end.

“There will be a lot of inequality and political discontent. There are no simple ways of dealing with this but we understand there will be political repercussions.

“You can only do so much with retraining people. If you aren’t a social person or don’t have the creative mind that’s necessary for the experience industry, you will struggle, so there will be winners and losers.”

Mr Dube, who founded IPsoft in 1998, said we are now living in a “digital Darwinistic era” in which there will be a survival of the fittest within the labour market.

He said: “You can decide which side of the Darwinstic curve you want to be on – if you’re an experimentalist, you can become a digital leader in the algorithmic economy.

“The rate of change has never been so transformational. If you aren’t adapting then you’re facing digital Darwinistic extinction.

“But man must be given the tools to realise they must move up this curve. There’s a very realistic chance that man will be caught on the wrong foot, so we need to raise awareness that this digital transformation is here and it’s moving at an exponential pace.”

Regulation of artificial intelligence is important

Mr Borg is afraid Europe is lagging behind countries like the US and China when it comes to realising the potential of AI because, from a regulatory standpoint, it isn’t up to scratch – claiming political issues like Brexit have preoccupied the European Union’s agenda.

But there are plenty of challenges to consider, as he added: “The worst thing we can do in society when humans are undergoing this type of change is putting taxes on labour so we’ll have to find new ways of raising money.

“Technology has never thrived when you try to stop it and regulate it too much. It has thrived when you’ve had an entrepreneurial perspective and allowed businesses to get on with it.”

Prof Manning added: “We really need to look at how we can deploy these technologies with full consciousness of their effects on human beings.

“There’s no doubt that AI can lead to much better lives for humans but there’s also opportunities for things to go wrong, whether it’s long-term harms or because humans take time to adapt.”